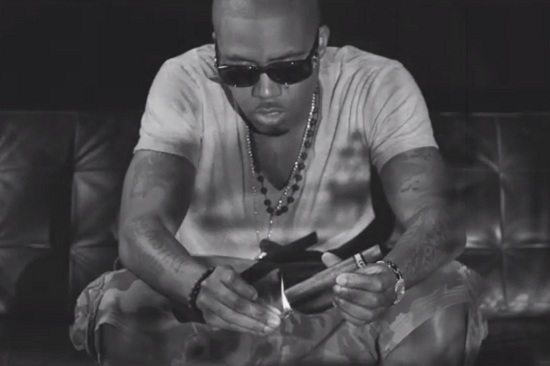 In case the re-release of his seminal album Illmatic or the Tribeca Film Festival premiere of his documentary Time Is Illmatic didn't tip you off, Nas has been celebrating the 20th anniversary of his recording debut this year. Nas has been celebrating the milestone all year with performances of the album in its entirety during festivals and a plethora of interviews about the making of the album.

As a gift for his diehard fans, the rap veteran held a contest asking fans to collaborate and produce a video for album favorite "Represent." And now, we have the fruits of that labor. Combining footage of Nasty Nas chilling with Illmatic-era video footage and an old black-and-white film, the video is a mashup of cinematic genres from different eras. And, while it would be easy for something like that to get muddled, it rather shows just how timelessly classic both Nas and Illmatic is. If you, like many, have been waiting 20 years for a video for "Represent," then you'll definitely want to press play as your wait is finally over.


TAGS:  nas
Previous: You’ll Want To Hear What’s ‘Next’ From Travis Lee Next: Traci Braxton Debuts With A ‘Last Call’