B.Slade & Lyric Jones Cook Up Something Kinky In ‘The Kitchen’ 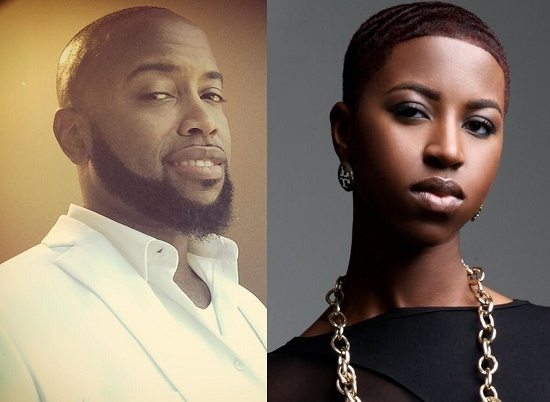 We already knew that B. Slade was a multi-talented guy, what with his traversing several musical genres (and alter egos) in his work. But did we know that he could act, too? The singer is set to make his motion picture debut as the lead in the upcoming film Anything for Wifey. And, of course, he's pulling double duty by contributing to the soundtrack.

He taps rapper/singer Lyric Jones to help him out on the soundtrack's first release, the funky and freaky "The Kitchen." The track finds him reminiscing over hot times that he and his beloved had in the kitchen, and he's not talking about making a casserole, asking on the chorus, "Do you remember how we came when we did it in the kitchen?"  While he's not the first to sing so bluntly about moving activities from the boudoir to the kitchen counter, he might be one of the few to do it and actually make it sound sexy. Over a piano loop and funky drums, he channels his inner Marvin Gaye as he delivers a quiet and sensual vocal about doing the do. Lyric Jones holds her own as well, contributing supporting vocals and a clever hot 16 where she details their session in detail, down to the twitch of her leg and the moment's soundtrack.

While we're not sure exactly when we'll get to see B. Slade on the big screen in Anything for Wifey, we do know that you can get this steamy number as a free download via Lyric's SoundCloud and you'll be able to pick up the entire soundtrack when it's released on September 16th. But first, press play and reminisce with B. Slade and Lyric.


TAGS:  audio, b. slade, Lyric Jones, marvin gaye
Previous: Morning Soul: I Miss You More With Each Passing Day Next: K. Michelle Laments Love And Previews Her Musical In ‘Damn’