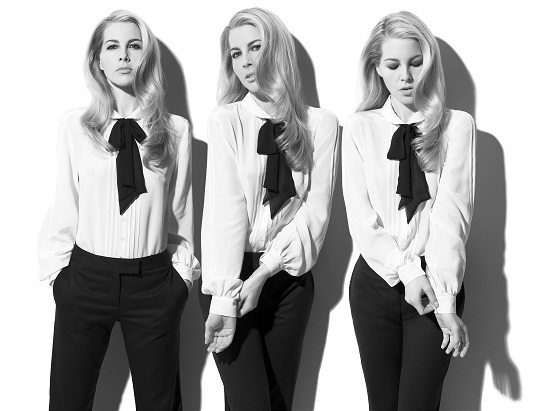 The interesting thing about Morgan James is that she's not a new artist. In fact, she's a major label artist signed to none other than Epic Records. Her debut album, Morgan James Live From Dizzy's Club Coca-Cola, was released in 2012, and she's made a name for herself on Broadway with roles in plays like Godspell, Wonderland and, most notably, Motown: The Musical, in which she played the legendary Teena Marie. In addition, she also released her sophomore album, Hunter, this past June. So you can imagine how confused we here at SBHQ were by the fact that we had never heard of her. But then, thanks to the ever talented Postmodern Jukebox folks, we got our first chance to hear what Ms. James could do on a '70s soul cover of Maroon 5's "Maps," and now we simply can't get enough.

Her and Postmodern Jukebox's take on "Maps" added a big ball of fire and energy to the otherwise run-of-the-mill pop song, just as her cover of Prince's "Call My Name," which she recently released, adds a bit of polished cool to the affair. She strips it down a bit, making it much more quiet and intimate, which puts all the focus on her glorious voice. And can we talk about that voice for a minute? The singer has an unbelievable gift which she can manipulate with ease, going from quiet and breathy to loud and forceful at the drop of a dime, all while keeping her tone strong and clear as a bell. The woman can sang.