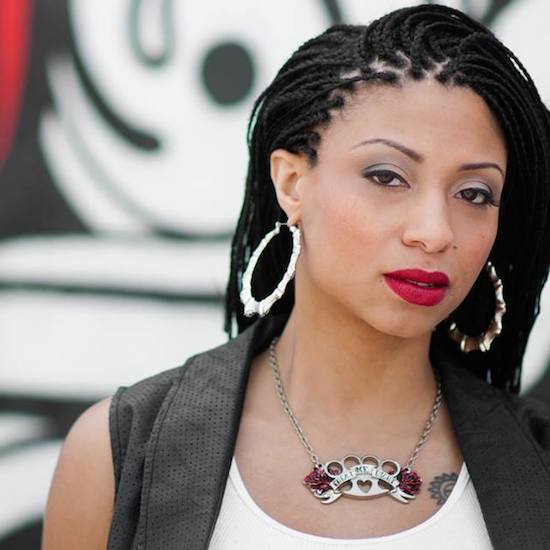 Steffanie Christi’an proudly proclaims she’s “way too much,” and with good reason. Not only is Way Too Much the name of her independently released six-song EP, it’s a state of mind and the term that the Detroit rocker uses to neatly sum up her state of sound.

Listening to one of her tracks and it’s hard to not hear a little bit of that Tina Turner growl spiced with some of dance singer Sonique’s feline-fierce range. But you’ll also hear injections of Rage Against the Machine and Alanis Morissette, alongside Billie Holiday, Janis Joplin, Prince and Tori Amos. If it isn’t clear, know that is one black woman who rocks hard, and confidently declares she can hold her own and the microphone when sharing the stage with the likes of contemporaries Res, Joi and Martha Redbone.

Steffanie wastes no time leaping into her element on some of the tunes from her debut. “Way Too Much” begins with a bit of a country-twanged melody, but ends up delivering a punk-inspired, speedy guitar riffs in the vein of such bands as blink-182 and Sum 41, more than keeping up with rip-roaring track and getting playful as she seemingly cackles through sections of the song.

But that tempo takes a turn on the bluesy “What You Gonna Do,” whose captured funk is ammunition to fire off Christi’an’s groove-riding vocals. “Hit," on the other hand, embraces the distorted chords that Lenny Kravitz popularized on "American Woman" and "Believe," but it's Steffanie's raw rock poetry that may have listeners convinced her genre is rock and soul.