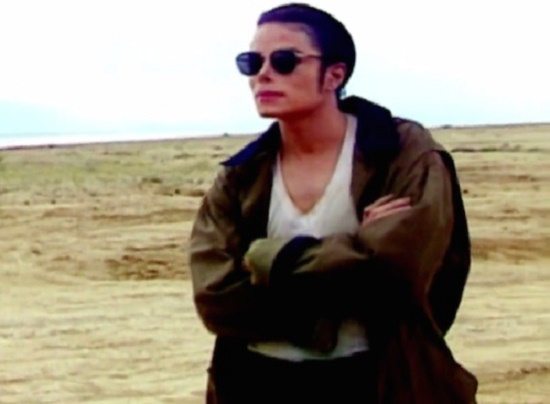 Michael Jackson's posthumous XSCAPE had more than its share of never before heard jams from the late, great King of Pop. It's also produced one video (albeit with two versions) for lead single "Love Never Felt So Good." That is until now. Michael added to his long list of firsts this week when he became the first artist to premiere a video via Twitter with his clip for "A Place With No Name."

Upon watching the video, you'll be struck with a strong sense of familiarity, as it's very, very similar to his 1992 video for "In The Closet." That's mainly for two reasons, "Closet" was also filmed in the desert with two leads and the majority of the images of Micheal used here are pulled mostly from that video shoot. "A Place With No Name" doesn't share the same heat, though. The two leads, one of which is recording artist/dancer Alvester Martin, are definitely attractive, but their frolicking and the song's remade groove just don't seem to match. But I guess the label has to do what it can to promote XSCAPE.

Check out the visual for "A Place With No Name," and let us know what you think of the latest in MJ's video legacy.