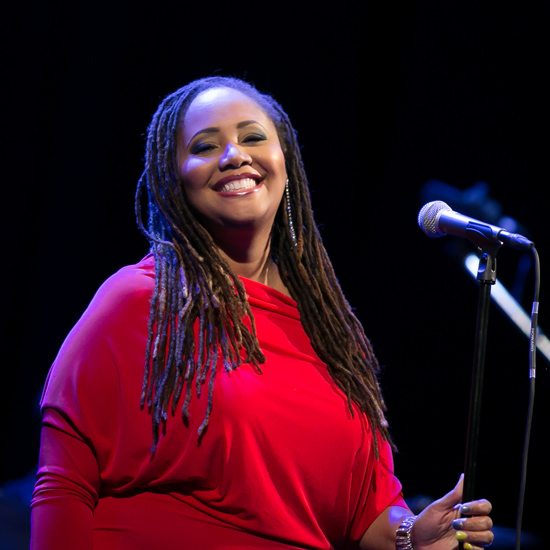 At a recent show at London's Jazz Cafe, Lalah Hathaway announced to a packed out, ecstatic crowd that she had a new album in the works. This isn't just any old album, though. Ms. Hathaway is looking to follow in the footsteps of her late, great father and release a live album in the spirit of his own iconic Donny Hathaway Live! release. However, in order for her Lalah Hathaway LIVE! dream to become a reality she needs a little help from her friends and has launched a Pledge Music campaign to support the release.

Project backers will get a sneak peak at behind-the-scenes footage, album updates and a whole bunch of other stuff, ranging from getting an early digital download of the album before it goes on general sale, to attending the recording sessions, receiving vocal coaching, snagging a personalized song or even having a private, full-band concert for you and your friends (for those of you with particularly deep pockets). So, folks, what are you waiting for? If you can spare a few dollars, then head on over to the project's official website, and become part of soul music history by supporting one of the most talented dames in the game. We guarantee you will not regret it.

Oh, and if you need further convincing (and just because we can), check out a video of what's in store on the release below. It's been 12 months on, and this performance is still absolutely mind blowing.


TAGS:  donny hathaway, lalah hathaway
Previous: Morning Soul: We Don’t Have The Time For Psychological Romance Next: Eric Roberson Gives A Preview Of What He’s Got In His ‘Box’