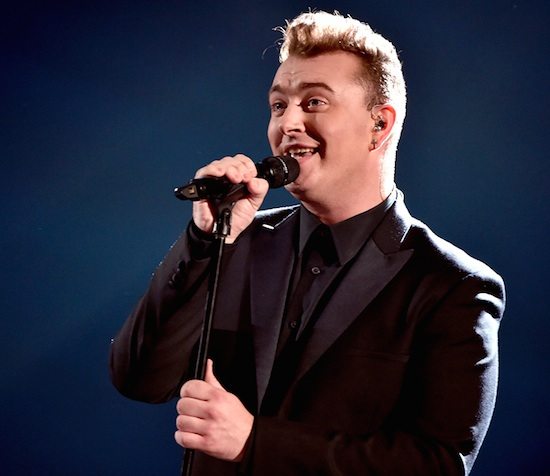 Last night's 2014 MTV Video Music Awards was full of spectacle. Barely clothed dancers, wardrobe malfunctions, bright lights, jiggling booties...and that was all just Nicki Minaj's part of the opening number. So when it came time for Brit crooner Sam Smith to take the stage, our eyes (and ears) had kind of been worn out. Luckily, Sam had just the thing.

Performing his breakout hit "Stay With Me," Sam took the stage with only a pianist to accompany his soaring voice. The first verse of the song was as tender as you'd expect it to be, with Sam performing an almost tone perfect version of the song. Of course, this being the VMAs after all, he's was soon joined by a strings and other instruments and a piped-in choir to finish it off. It wasn't a performance that many people were going to talk about the next day, but it was a solid one, almost like a palate cleanser between the barrage of hoopla, and it was exactly what the night needed.