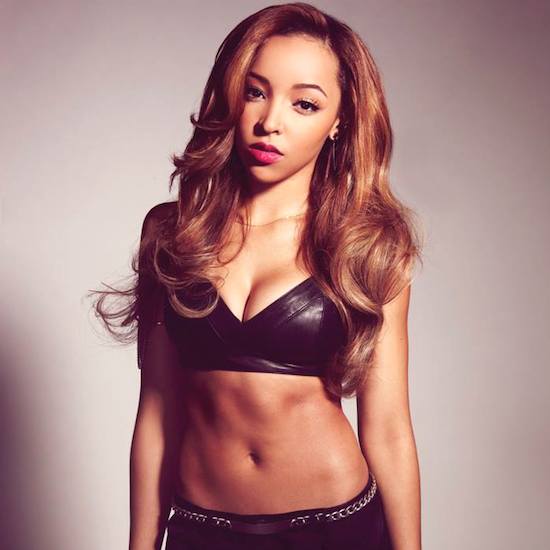 “Vulnerable” songstress Tinashe is scheduled to release her debut album, Aquarius, on October 7th, and ahead of it hitting stores she’s dropped the tune “Pretend.” The track borders between slow-burner and mid-tempo head-nodder, with her silky-soft voice caressing the at-times-rugged beat.

Also lacking a smooth texture is “Pretend’s” subject matter. Within the lyrics, Tinashe's confidence can’t mask the pain she feels in her relationship, as she reveals she’s been lied to and cheated on. As much as she’d like to pretend it all didn’t happen and as much as she wishes she could erase the pain, she’s not one to give her heart and her body in this complicated battle between blissful ignorance and knowledge-possessing willpower.

A$AP Rocky makes a guest appearance on “Pretend,” but the rapper is hardly the highlight on the song. “Pretend” fits comfortably between Tinashe’s collaboration with David Sitek, “Xylaphone,” and her appearance on Erik Hassle’s “Innocence Lost,” yet showcases ranges not found in either song. It’s these capabilities -- not the guest stars -- that will generate buzz for her upcoming release.


TAGS:  A$AP Rocky, audio, David Sitek, Erik Hassle, Tinashe
Previous: Mack Wilds Is Hoping You Give In On ‘Don’t Turn Me Down’ Next: We Forecast That You’ll Love Prince & Lianne La Havas’ ‘Clouds’