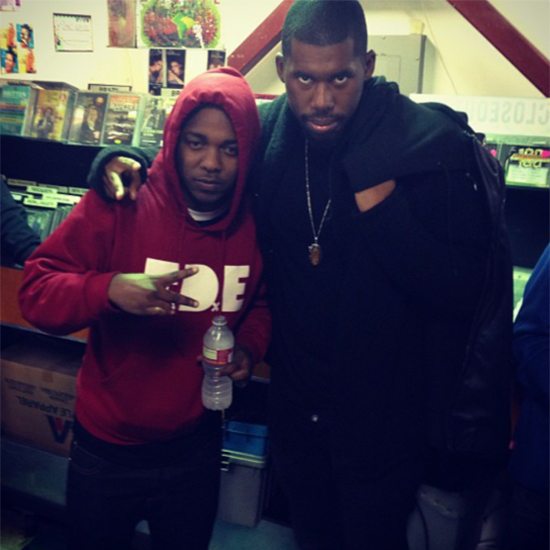 This coming October sees the release of a brand new Flying Lotus album, and it’s already turning out to be one of this year’s greatest musical occurrences. After months of interviews and Twitter chatter about the Los Angeles producer having linked up with GRAMMY-nominated Compton rapper Kendrick Lamar, this week sees Lotus unleashing his new single and the outcome of that stellar studio moment. “Never Catch Me,” which Power 106’s Los Angeles Leakers premiered last night, finds Lamar spitting a batch of speedy and spirited bars over Lotus’ trippy trap-jazz-fused production. If you listen closely, you’ll even hear a hint of Thundercat on the beat.

Along with K-Dot and Thundercat, Lotus’ forthcoming You’re Dead! album is set to feature jazz legend Herbie Hancock, Snoop Dogg, Angel Deradoorian of the Dirty Projectors as well as an appearance from Lotus’ very own rap alter ego Captain Murphy. As for more material from Lamar and Lotus, only “Never Catch Me” will be on this specific album, but word has it that there are many more collaborative records in the vault. Lord only knows when those will see the light of day. For now, you can head over to iTunes to pre-order your copy of You’re Dead! and prepare your mind for what’s to come.