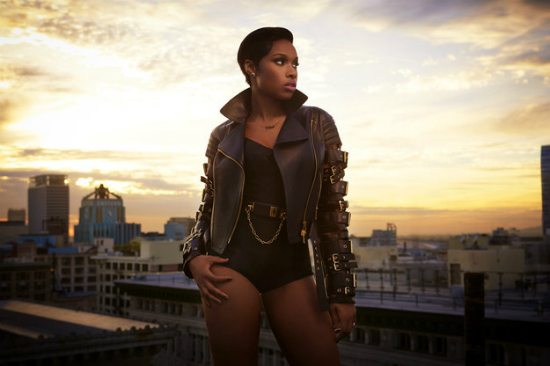 Since September 2013 with the release of "I Can't Describe," Jennifer Hudson has been prepping fans for her new album, JHUD. Its debut is now a week away on September 23rd, and she continues to drop more heat. The latest leak is the track "He Ain't Going Nowhere," and much like "I Can't Describe" and subsequent singles "It's Your World" and "Dangerous," it is a disco-inflected jam meant for you to shake your groove thang to.

Pharrell Williams is once again the man behind the boards for this joint, and from the sound of things he borrowed the slick and sick bassline from Indeep's club classic "Last Night a DJ Saved My Life." Throw in some synths, electric guitar flourishes, a cameo by rapper du jour Iggy Azalea and Jennifer's killer vocals and you have yourself a bonafide dance party.

This new direction that Jennifer Hudson has gone in is a very good look and sound for her. She hasn't released one bad song yet. For the first time in ever, we're genuinely excited about a Jennifer Hudson album as this disco revival (that we predicted last year) continues to gain strength.