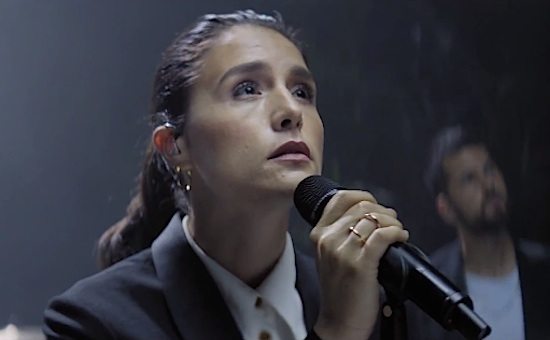 If you haven't started to count down the days until Tough Love's arrival on October 6th, then I have no idea what you are doing with your life. Jessie Ware has already released three peerless cuts from the album, beginning with the shivering beauty of the title track and bookending with the Ed Sheeran co-written ballad "Say You Love Me," and with each new drop it's obvious Tough Love is going to be putting Devotion, Ware's 2012 debut, out of soulful beauty business. Less morose than her previous releases, "Want Your Feeling" scribes a similar love letter that we're used to from Ware, but she actually sounds quite upbeat as she remains buoyant amid the warm guitar plucks and melodic Dusty Springfield-esque chorus. Produced by James Ford of Simian Mobile Disco (whom are noted for giving HAIM and Beth Ditto a push), "Want Your Feeling" also boasts a guest star out of Blood Orange's Dev Hynes, whose recognizable robotic baritone adds a bit more dimension to the track.

If you trek on over to iTunes, Tough Love is already up for pre-order, and once you place your order you can listen to "Want Your Feeling" over and over thanks to its free download. And if that wasn't enough,Ware also bears the gift of a stylish live video of the track -- just in case you needed to catch every emotion Ware exudes visually.