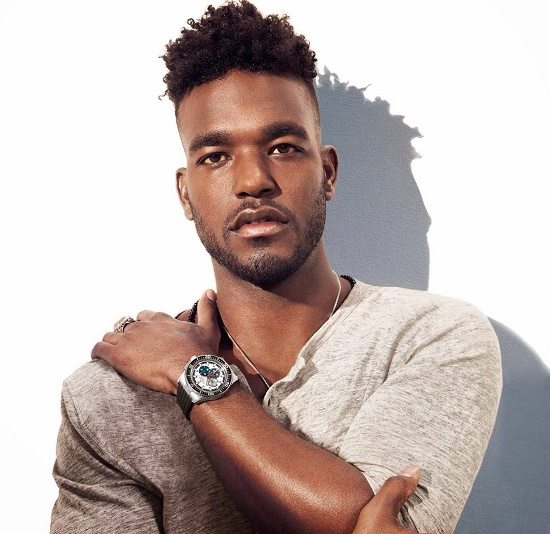 As he gears up for his album release, Luke James keeps on giving with yet another new track from the self-titled project. "Exit Wounds," as the title suggests, is a break-up ballad. Led with a remorseful piano and Luke's plaintive vocals, he contemplates the hurt and pain the relationship has left. "This ain't a heart, it's just an exit wound that just won't close," he sings at the beginning of the chorus. But just in case you thought that this would be your typical break-up song, Luke sings a healthy "f**k you" to get his point across. The tone of the song then switches from pained to vindictive, as he rubs his new relationship in his ex's face and questions whether either of them were really in love in the first place.

Though showing off such petty thoughts can sometimes be off-putting, the fact that Luke (and the song's writer Rock City) mixes them in with some of the deeper contemplations that occur after a split makes it feel more honest than hateful. And Danja's soft-yet-street production here further drives the dichotomy of the situation home, as the sound switches from elegiac to turnt up rather effortlessly. You can listen to "Exit Wounds," which is available on iTunes, right now and expect Luke James to hit stores on September 23rd.