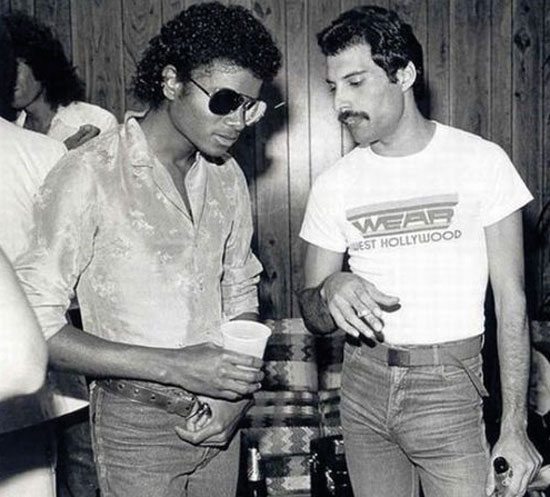 Back when E.T. was everyone's favorite movie and jheri curls were the go-to hairstyle, Michael Jackson and Queen frontman Freddie Mercury were in a studio creating history. The duo recorded "There Must Be More To Life Than This" over two decades ago in 1982/3, and we're finally hearing the result of their collaboration. Even though Mercury released a solo version of the song on his 1985 album Mr. Bad Guy, the addition of Jackson on the track means an extra voice with smooth vocals that compliment the song and its lyrics. The track is laced with messages about acceptance and loving each other -- think "We Are The World" but with a mean guitar riff.

It's always refreshing to hear a song where both artists actually believe in the lyrics. Even more refreshing is the fact that we get to appreciate this archived track from the late singers now with the power of technology. The song, remastered by William Orbit, keeps its original piano and gets some more soul with a heavy guitar, violins and saxophones. "There Must Be More To Life Than This" is the first track from November's Queen Forever, which is the sixteenth studio album from Queen featuring music the band actually forgot about. While we'll never forget about Mercury or Jackson, we're glad we have this vintage gem to remind us of their musical greatness.


TAGS:  freddie mercury", michael jackson, queen, William Orbit
Previous: Prince Gives Us Another Dose Of ‘FUNKNROLL’ Next: The Mixologists: Ezel’s ‘Into The Deep’