Raheem DeVaughn Shows Love For All Women With ‘Queen’ 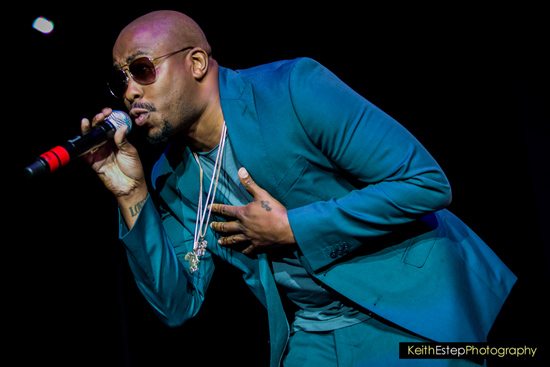 But while he’s notorious for his sensual proclivity, any true fan can attest to the fact that his appreciation for the opposite sex goes far beyond the bedroom.  Such is the case with his latest single “Queen,” released via his new label, Entertainment One Music.  Like its predecessors “The Greatness” and perennial fan favorite “Woman,” the song is a melodic tribute to every woman.  Lyrically, the song hits all the right notes, but musically it’s a bit too reminiscent of the aforementioned “Woman,” right down to the falsetto at the end of the song. Raheem’s delivery is smooth, genuine, and convincing, yes. However, the song lacks that signature creativity that we’ve come to expect from a DeVaughn track.

Having said that, though, as a woman, I can’t deny that it feels good to hear some positive affirmation. And with domestic violence at the forefront of popular topics these days, I certainly can’t knock a brotha that’s simply trying to show us some love. Return the favor and download the single via iTunes today.  Then stay tuned for the studio release of Raheem's next album, Love, Sex, Passion, slated for release just in time for Valentine's Day 2015.


TAGS:  audio, raheem devaughn
Previous: New Whitney Houston Live Album Is A Collection Of ‘Her Greatest Performances’ Next: You Will Not Make ‘Enemiesz’ With Kiesza Anytime Soon