‘Without A Doubt’ Gwen Bunn’s Latest Is Worth The Wait 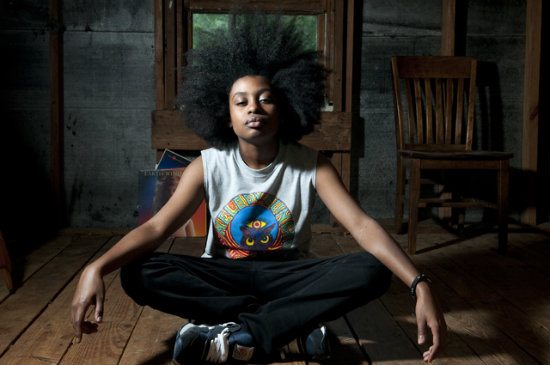 As she keeps fans patiently waiting for her sophomore album Melody Dungeon, singer-producer Gwen Bunn has been stoking the flames of anticipation with several collaborations in the meantime. After guesting on Jordan Rakei's "Street Light" last month, she's back with another ultra smooth song that sees her teaming up with producer Eric Lau on "Without A Doubt." The song finds her effortlessly riding the bouncy wave of Lau's beat as she marvels at the perfect love connection she's found. As usual, Bunn's syrupy, layered vocals sound divine as she takes listeners on this musical ride. The song's astral-inspired cover -- designed by Bunn herself -- is a perfect fit for the song's otherworldly vibe. Though it's unclear if the song is set to appear on another new project by Lau or on Bunn's long-awaited album, I can only hope that these two can join forces once again in the near future.