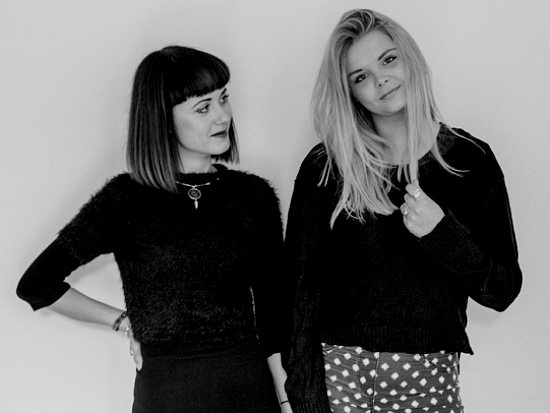 Being someone who shares a first name with a zillion others, I've often wanted to gather all the Jennifer's I've ever known and form a band. I mean, if The Donnas and The Veronicas did, then why not? Then again, I never gotten along with every Jennifer I've ever met, so maybe I should scratch that idea. I'll just leave the idea to Rebecca Wilson and Rebekah Pennington, best buds from Birmingham who decided to make music together and cleverly name themselves EKKAH.

The timing for EKKAH couldn't be more appropriate as sleek n' synthesized indie pop is having a B-I-G moment right now. Scroll through any Spotify new release list or SoundCloud stream, and you're bound to find practitioners of a throwback synth soul groove, and yes, a majority of them are coming straight outta the UK. While it's getting to be tedious and a tad dull to weed through the bulk of repetitive acts that we come across here at SBHQ that fall right in line with this aesthetic, EKKAH can rest assured that they are at the top of the heap as their particular style is something to be craved as they put a slight twist on the current music trend with their satiny vocals and plush sound. 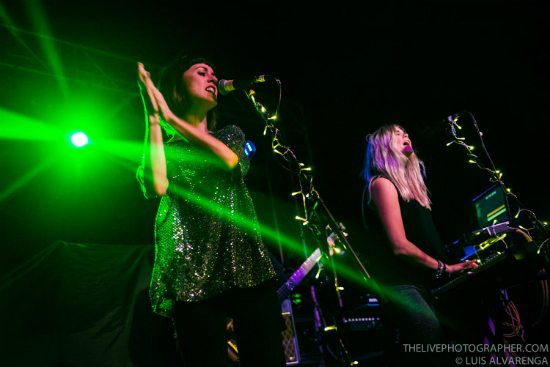 Bursting with all the nostalgic feels of the frothy sophisticated pop of the '80s, but resting in a hammock of the sultry quiet lyrical storms of '90s R&B movement, EKKAH first charmed me with "Figure It Out," a cool, calm and collected brood that felt as if Jessie Ware had gotten a Happy Meal and shared the fries and a McFlurry with Sade and Lisa Stansfield (I'm just making this up, but can you just imagine, right?). Clearly, it was a good first impression, and it kept getting better as my ears fell on their breezy Summer Mixtape, which harbors their impressive cover of Patrice Rushen's 1982 classic, "Forget Me Nots."

Their latest single "Last Chance To Dance" will also provoke you to swing and sway in its disco-funk spin, as it slinks on a bass-lined groove and locks styles with the likes of music peers Blood Orange and Dornik. The track should make for an even bigger impression when it's released on EKKAH's debut EP, which will make its appearance on November 24th. The two will also be keeping busy by joining fellow UK songstress Jess Glynne on her upcoming tour in the coming week, so it's pretty safe to say that EKKAH will be needing to don some shades as their future is looking mighty bright.