DJ100Proof ‘Came To Give’ Usher Some Disco Appeal 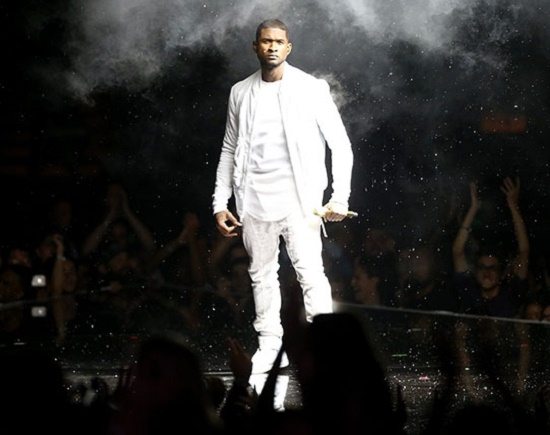 Usher might have put his upcoming album on indefinite hold, but that doesn't mean that his momentum is slowing. That's because his singles so far have caught the ear of remixers and producers, who continue to put their own spin on them.

The latest to flip Usher is one of our favorite blenders, DJ100Proof. After shocking us with "Happy Mentality," an unexpected mashup of Pharrell Williams' "Happy" and Fela Kuti's "Colonial Mentality," he brings us his take on Usher and Nicki Minaj's " She Came To Give It To You," combining it with B-Team's edit of Shalamar's "Make That Move" to create a danceable nu-disco take on the track. While Pharrell's '80s-influenced production already made the original a dance floor filler, this blend bumps that up a few notches with a light, airy disco groove that glides and swings. Especially genius is DJ100Proof's repurposing of the chorus' backing vocals as a rhythm line among the shimmery disco songs, further marrying the tracks as one.

If you find yourself to be in a disco mood, then this is the joint for you. And, just as he did with "Happy Mentality," DJ100Proof is giving us this expert blend on the house. You're welcome. Get into the groove when you press play.