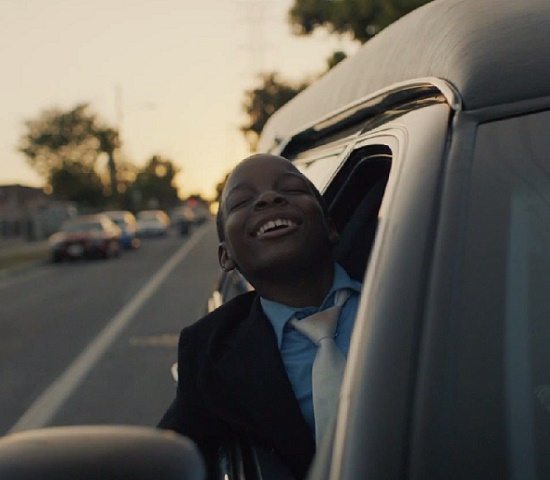 Flying Lotus has promised that his upcoming album, You're Dead!, will be a study in the journey that occurs after death. It's a bold topic to take on, especially in music, but if anyone were to do it well, it would be FlyLo. If the concept is a bit murky to you, then he beautifully illustrates it with the video for the album's Kendrick Lamar-featuring first single "Never Catch Me."

In the clip, he chooses the somber setting of a double funeral for two beloved children. While the mourners (including FlyLo and frequent collaborator Thundercat) tearfully listen to the eulogy, we see the children, a boy and girl, rise from their coffins without much notice from those in attendance. They then proceed to dance to the song's rhythm, gleeful smiles spreading across their faces, as they make their way out of the church's sanctuary and onto a nearby blacktop with joyful abandon. There, a hearse awaits among a group of kids skipping rope and playing games. After cutting a rug a bit more, the extremely talented children hop into the hearse before joyriding in the sunset, happily speeding toward whatever is next to come.

The beautifully shot and directed clip is mesmerizing in its approach to the subject matter and gives a clear idea of what exactly FlyLo is aiming for with this latest project. We're definitely looking forward to hearing and seeing more from You're Dead!, which is set for release on October 7th.