Hawthorne Headhunters’ Latest Will Inspire You To ‘Rebel Tonite’ 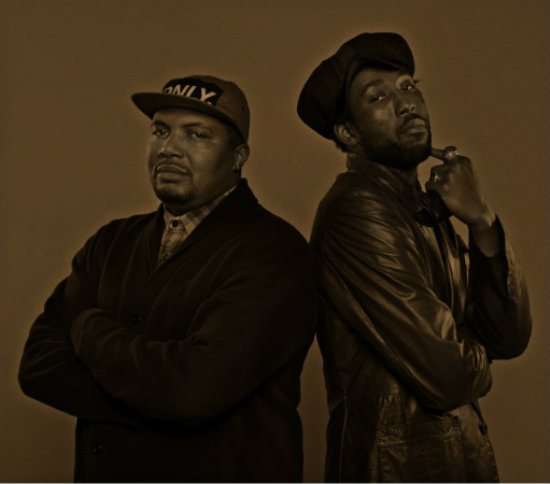 The troubling events in Ferguson, Missouri, have inspired many artists to turn to music to express their frustrations. For Hawthorne Headhunters cohorts Coultrain and Black Spade, the ongoing conflict hits especially close to home for the St. Louis natives. Their latest song, "Rebel Tonite (Strange Pigs)," speaks to the unrest that has permeated the St. Louis suburb of Ferguson since the brutal murder of Michael Brown at the hands of the Ferguson police.

Steeped in funk, the song finds Coultrain and Black Spade lamenting the militarization of police forces across the country. "Strange pigs, put your weapons down / Stand your ground, make 'em all back down," they sing on the chorus, letting everyone know that the people are fed up with the status quo. Their demands and laments and backed by deceptively slinky synth bass and layered harmonies that are sure to keep your head nodding as you listen to their important message. "Rebel Tonight" is the first single from the upcoming Off the Beaten Tracks compilation from Grown Kids Radio. Featuring selections from Miles Bonny, B. Lewis, Ohmega Watts and more, the project is currently in the midst of an Indiegogo campaign in hopes to raise money to release the album as a limited edition vinyl.