Ibeyi Are ‘Better In Tune With’ Jay Electronica 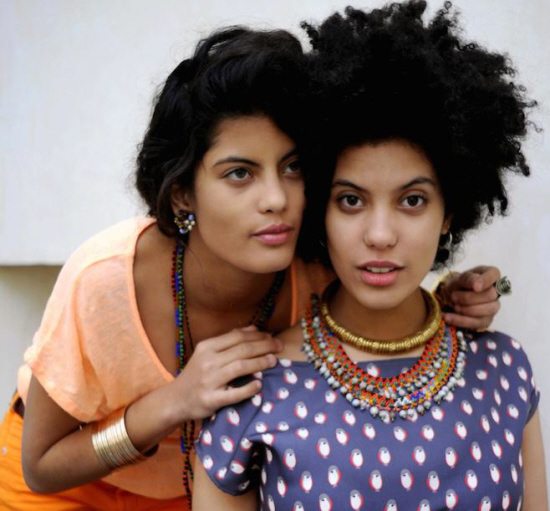 Ibeyi pinged on my radar when I caught wind of their minimal melodic track "Mama Says," a few weeks back, and with immediacy I was taken in by their harmonizing. It's not a big shock that they've snatched bits of influence from their idols, as Nina Simone's haunting soul confessionals and James Blake's sparse sensibility come out strong in their material. Yet there is something engaging at how the 19-year-old twin daughters of famed percussionist Miguel "Anga" Diaz, are able to blend these influences and then add their flair for spiritual world music and language (they sing in French, Spanish and Yoruba as well) into a lovely and eclectic, yet seamless mix.

The two have already released the EP, Oya, this year and are scoping out a full debut and an upcoming tour that will fall right in line with their musical penchant to globe trot. As sort of a detour from all their upcoming events, the sisters, Lisa-Kaindé and Naomi, recently released their version of Jay Electronica's "Better in Tune With the Infinite" and there is much to desire about it, especially if you're into the way the twins wrap their raspy, sweet tones around such an abstract track. It's all very intimate and inspiring, especially when you view the visual, where the sisters give you a glimpse of their intuitive teamwork in the studio as their voices just melt together and captivate. If you want to experience more of what these sisters have to offer, be sure to check out their tour dates to see them soar in their talent live, as well as catch up to other sounds and vibes at their official site.