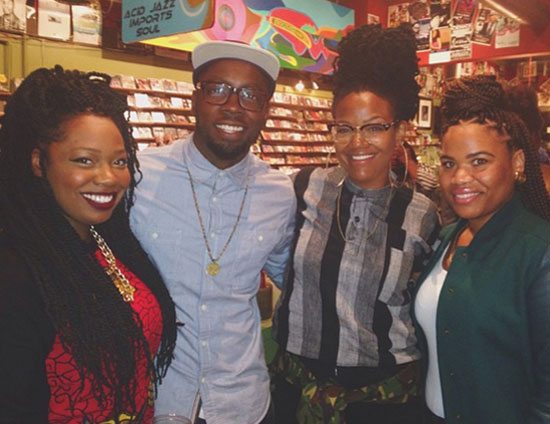 Our ever soulful SoulBounce fave Jermaine "Hardsoul" Mobley is continuing to make music magic in the form of a remix. Sending love from one fave to another, Hardsoul took KING's "Supernatural" for a spin. The producer and musician has worked with the likes of Eric Roberson,  Musiq Soulchild, Jagged Edge, Carl Thomas and more. While he's got the masculine energy on point, Jermaine takes on the trio of feminine prowess like a champ, adding a little extra bounce to the already foot-tapping song. Inspired by Dr. Buzzard's Original Savannah Band's "Cherchez La Femme," Hardsoul injects some guitar, a few prancing keys and an extra percussion to give the track some kick and swing.

The song gets a beautiful facelift it didn't even need, but we're gonna jam to the remix either way. If you're into the type of music that will life your spirits and make you dance (and if you're lazy at least clap), then this track is for you. You can listen to the "Hardsoul Buzzard Remix" of KING's "Supernatural" right here and download  your own copy to listen to every morning on SoundCloud.