Selah Sue Is Anything But ‘Alone’ On Her Latest Single 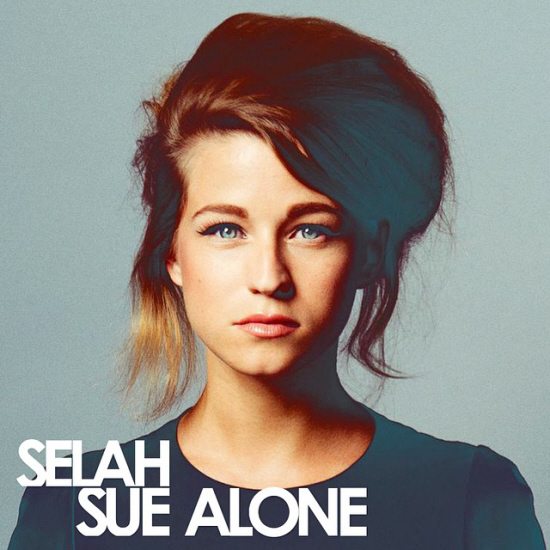 Selah Sue describes her newest single "Alone" as "sad words in a groovy jacket," and I couldn't agree more. Paired with hand clapping beats and plucky lite-disco guitars, "Alone" is not your typical lament about the demise of a romance or its grieving aftermath. The Belgian singer-songwriter almost sounds quite joyful on "Alone," so you can put the Kleenex's and Ben & Jerry's pints away as Selah's tears are drying all on their own as far as the track's funky groove is concerned. The bait-and-switch probably has something to do with Robin Hannibal being the song's producer as "Alone" gets quite Quadron-esque in several places, falling right in line with the Danish duo's penchant for bouncy-yet-troubled tunes (see "Hey Love").

"Alone" is a welcome change of pace for Selah Sue, who we first became acquainted with back in 2011 with her reggae-tinged, self-titled debut and her collaboration with Cee-Lo Green on the Ladykiller track "Please." Though some of the vocal rawness that captured us back when we dubbed her Bounce-Worthy has been buffed and polished, Selah Sue still has got a lot of soul in her, and more of it's to come as she preps for an EP release this December 2nd, with a fresh and full project arriving next year. For now, dance into heartbreak and healing with "Alone," and keep tabs on Selah Sue's next move via her official webspot.