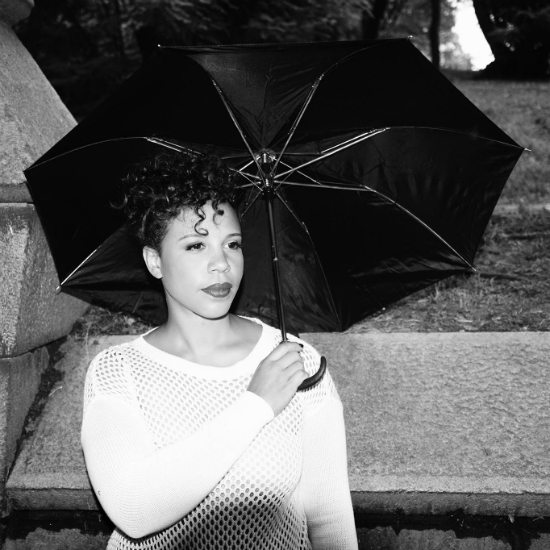 If you are looking for something light and mellow to carry you into the weekend, you would appreciate Shayna Steele's new single "Paper Bag." Taking her own jazzy spin on the song originally performed by Fiona Apple, the jazz/R&B vocalist delivers a dreamy rendition that features a great solo by jazz bassist Christian McBride.

For those who are not familiar with Ms. Steele, her catalog is very impressive. The multi-talented vocalist and songwriter is also a Broadway actress. In fact, she was a part of the original Broadway cast of Hairspray, playing a member of the fictitious '60s girl group The Dynamites. The versatile singer is well versed in multiple genres including soul, blues, gospel and pop. She has sung background vocals for diverse artists such as Bette Milder, Rihanna and Lizz Wright. Last year, she was also a featured vocalist on GRAMMY Award winning jazz ensemble Snarky Puppy's "Gone Under," which showcases her powerful vocal range.

"Paper Bag" is Shayna's most recent single from her upcoming sophomore album Rise, which will be released in January 2015 and will feature other popular jazz artists such as Marcus Miller and Eric Harland. Ease into Steele's jazzy "Paper Bag" right here.