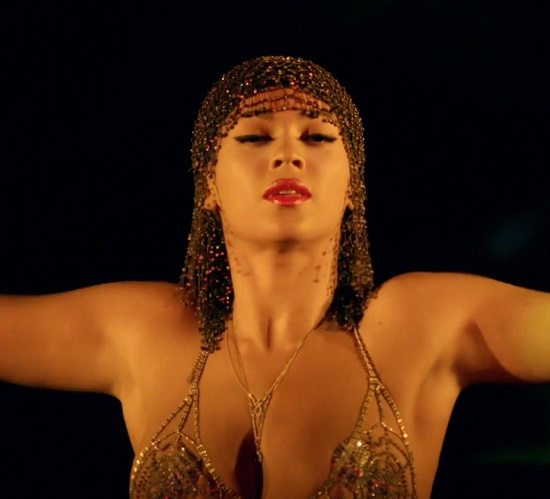 Just when you thought it was safe to sit down and take a small breather from Beyoncé now that she and hubby Jay Z's On the Run Tour has wrapped up, Miami-based production team Urban Noize announce that they are dropping an unofficial ode to Queen Bey with their The Mrs. Carter Experience (The Bey-Mixes) EP. But fear not, if the first taste from this EP, a reworking of the sultry and not-so-subtle "Partition," is anything to go by, this project will only serve to keep Beyoncé and Urban Noize in your good graces. Urban Noize gives "Partition" a fresh, stripped-back touch thanks to the piano and percussion accents and a nod to the love affair of Sex and the City's Carrie Bradshaw and Mr. Big.

The remix begins with Carrie and Big's racy conversation on their first date and moves quickly into the sexually suggestive lyrics of "Partition" and what sonically appears to be a hat tip to the Gap Band classic "Outstanding." All of which is fitting, as Sex and the City fans will recall Carrie and Big's first date played out in pretty much the same way as "Partition" alludes, with no one making it to dinner but both still having their hunger satisfied. Keep an eye out for Urban Noize's The Mrs. Carter Experience (The Bey-Mixes) EP, which will drop soon. Until then, we're sure you'll be more than happy to take all of this "Partition" remix.


TAGS:  audio, beyoncé, gap band", jay-z, sex and the city, Urban Noize
Previous: Flying Lotus Delivers A Hauntingly Beautiful Visual For ‘Never Catch Me’ Next: Tiara Thomas Sets It Off For Her ‘One Night’ Video