This Whitney Houston Performance Proves That She Was The ‘Greatest’ 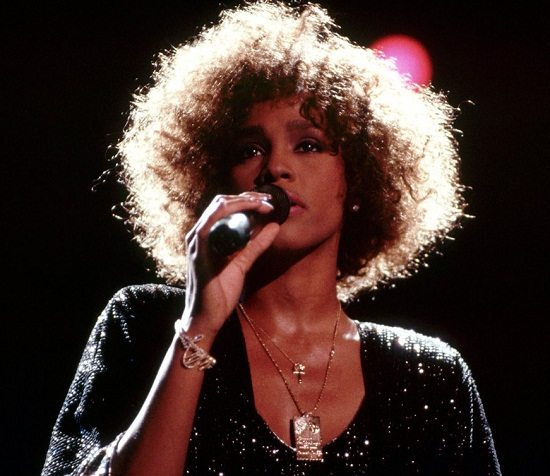 Whitney Houston was undoubtedly one of the greatest to ever do it, and her upcoming posthumous live album, Whitney Houston Live: Her Greatest Live Performances, looks to confirm why the late, great singer was referred to simply as "The Voice." Included on the set is a live recording of perhaps one of the diva's signature songs, "Greatest Love of All," lifted from a 1990 performance at Radio City Music Hall celebrating the 15th anniversary of her record label, Arista. While the singer performed the song many times over, this might just be the defining performance of the crowd-pleaser.

Starting off soft and low, Whitney eases the audience in with a pitch-perfect rendition, slowly building with each verse and crescendo. She expertly handles the song, carefully deciding when and where to make quiet, intimate moments and when to aim for the rafters and allow the sentimental ballad to soar. It shows a restraint and vocal prowess that few modern day singers could boast and also exemplifies why so many wished to be able to sing just like her.

While there will never be another voice like Whitney's, we can revel in what was when her live album arrives in stores on November 10th. Listen to "Greatest Love of All" below and prepare to be amazed.