Coultrain’s ‘Kiss Of Death’ Will Leave You Wanting More 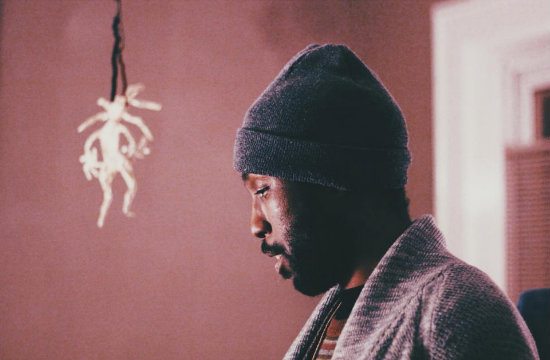 For the past several years, singer Coultrain has kept us captivated with his tale of love, loss and enchantment through the eyes of his Seymour Liberty character. With four concept albums under this belt, the Seymour Liberty saga continues in the form of his latest project, Side Effex of Make-Believe; divided for love's sake.

First up from the project is the single, "Kiss of Death," which finds Seymour dealing with the heady side effects of falling for the wrong person. As he wrestles with the consequences and repercussions of his forbidden love, he paints a picture of an agonizing, hard-to-break relationship. For his part, Coultrain does what he does best, effortlessly capturing the dark side of love while showcasing how too much of a good thing could ultimately end badly. With his ragged voice and his off-kilter delivery, he manages to convey the torment that Seymour is experiencing.

"Kiss of Death," like the rest of the EP, was produced by Coultrain's Hawthorne Headhunter partner-in-crime Stoney Rock aka Black Spade. Side Effex of Make-Believe is the follow-up to Coultrain's 2013 album, Jungle Mumbo Jumbo, and it will be released digitally on December 21st via Fresh Selects, with a physical version dropping January 31, 2015. Both are available for pre-order via Bandcamp.


TAGS:  audio, black spade, coultrain, hawthorne headhunters, stoney rock
Previous: Common & Company Warn Us That There Is ‘Trouble In The Water’ Next: K. Michelle Has Some Questions In ‘How Do You Know?’