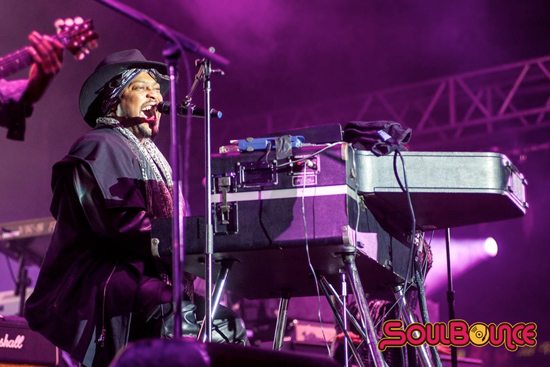 D'Angelo's third album watch may have ground to a halt with no updates on the project anywhere in sight, but the man himself hasn't faded into oblivion. He may be keeping fans waiting for new music, but he isn't depriving those who want to see him perform live from that opportunity with the announcement of his The Second Coming Tour.

No stranger to rocking worldwide stages -- he recently turned out Australia's Soulfest -- D'Angelo's The Second Coming Tour will find him hitting various countries in Europe between February and March 2015. Kicking off in Switzerland and wrapping in Belgium, D and his band of all-stars and seasoned players will funk things up across the continent with his custom blend of R&B, soul and sex.

This tour is looking like the major music event to kick off the new year for all you European Bouncers out there, so check out the dates below and make plans now to attend and make the rest of the world jealous.