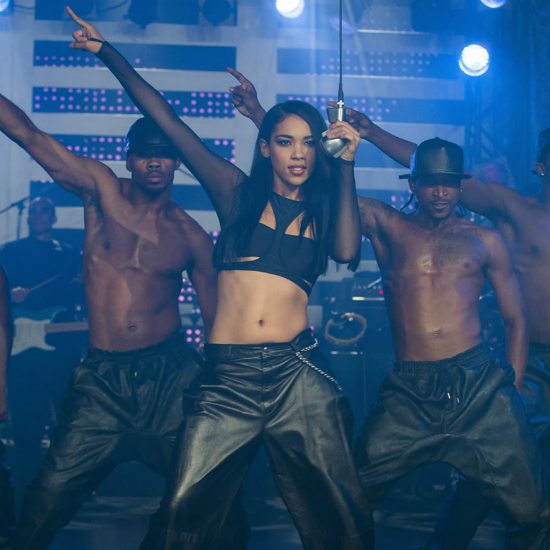 When it was revealed back in July that Lifetime's Aaliyah biopic had been revamped with a new actress, Alexandra Shipp, in the lead role and Wendy Williams' production company was brought in, we were cautiously optimistic that the film had a chance to be done properly despite earlier misgivings. However, after finally seeing clips of the movie this week, all optimism, hopes and dreams have skeeted away quicker than you can say "Babygirl."

Try as she might, Alexandra does her best to look like Aaliyah in the made-for-TV movie, but she lacks her natural charisma, sex appeal and fire to the point where she looks like she's simply wearing a Halloween costume. Don't believe me? Just watch this abysmal recreation of Aaliyah performing her remake of Marvin Gaye's "Got To Give It Up" with Shipp providing the vocals.

Get a sneak peek at one of @AlexShipppp's performances before the premiere of The #AaliyahMovie on Saturday at 8/7c! https://t.co/BvAUwHFfC0

Give it up indeed. Aaliyah wasn't the strongest singer, but Shipp's paper thin vocals make Ms. Haughton sound like Aretha Franklin. Was Rochelle Jordan or another sound-alike singer unavailable to record Aaliyah's songs since her family wouldn't allow her original recordings to be used? The ridiculousness of it all doesn't end there with Alexandra's stiff dancing coupled with clearance rack choreography and suspect-not-sexy looking background dancers. No, no, NO. Later for all that Shipp should get an "A for effort" nonsense. This gets a solid F for fail.

Speaking of ridiculous fails, the casting of the pied pedophile R. Kelly is particularly laughable as is actor Clé Bennett's portrayal of him in the flick. Bennett looks nothing like The R. from his darker complexion to his height to his fake baldie. He doesn't look the part and from what we see of his acting in this dramatic clip where 15-year-old Aaliyah tells her parents of her marriage to Kelly, his appearance is the least of his worries.

So this is what we can expect from Aaliyah: Princess of R&B? Some of the worst acting this side of Tyler Perry movie? Way to go, Lifetime. We already had low expectations and now we have no expectations for this to be anything other than a low budget comedy -- because viewers will surely have to laugh to keep from crying while watching because of how God awful terrible it is. This looks so bad that neither Jesus nor Iyanla can fix it. Aaliyah did not die for this shamockery of her legacy to happen.

If you're an Aaliyah fan and don't mind your blood pressure going up and still care to hate-watch this nonsense, Aaliyah: Princess of R&B will premiere on Lifetime on Saturday night at 8 pm ET/7 pm CT. 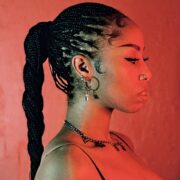