Goapele Proves She’s Built To Last On ‘Strong As Glass’ 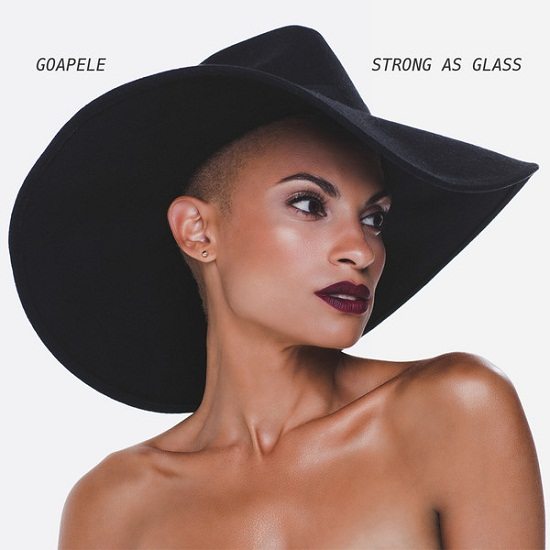 Goapele Mohlabane, simply known as the artist Goapele, takes a refreshingly nuanced approach to conveying her inner strength on Strong as Glass, the fifth release from the Oakland songstress who's won a legion of loyal fans thanks in part to her signature hypnotically melodic vocals. While heavy rotation radio singles like Rihanna's “Pour It Up” and Beyoncé's “Flawless,” reflect personas so braggadocios that they become R&B caricatures of their mainstream hip-hop counterparts, Goapele doesn’t claim to be made of Teflon on her new album. Rather her courage is found in her ability to honestly assert both her vulnerability as well as her independent strength.

This concept is captured best in her title track, “Strong as Glass,” one of the strongest tracks on the album, both lyrically and musically. On it, she skillfully articulates her strength as a women who can take care of herself but also gives us the real with lyrics like, “I’m built to last, but I can break.” She’s honest about her heart and doesn’t try to be something she’s not.

It’s this emotional transparency that gives the album its voice and also makes the album highly relatable. Some of the other high points on the album share this central idea such as “Truth Is” and “Perfect” in which she boldly confronts a lot of the imperfections in her relationships as well as her own doubts and flaws. Rather than claiming to be “Flawless,” she sings about being flawed, how it doesn’t make her nor her romantic relationship any less valuable and how she -- and her love -- is worth fighting for.

But don’t worry, Goapele still knows how to have fun, and she gives us a taste of that in her collaborations with Snoop Dogg and Eric Benet. Her first single, “Hey Boy” featuring Snoop, was released just in time for summer and gives us that danceable Michael Jackson in the '80s feeling that’s perfect for all the Chicago steppers out there. It’s the type of upbeat track that fits in perfectly at the grown-folks club and the wedding reception. It’s enough to get both you and your uncle with the matching linen outfit and the snakeskin Stacy Adams out of his seat (I know I’m not the only one with one of these).

The feel-good vibe continues with “My Love” featuring Eric Benet, a lighthearted lover's anthem that’s the type of track it's good to have in rotation on date night.

Strong as Glass also continues the path she the started on Break of Dawn in 2011, constantly expanding the soundscape she uses on her albums. No longer clinging to her neo-soul comfort zone, she weaves between R&B, contemporary pop and other genres. This is most notable on “Powerful,” which transitions seamlessly from a ska-like guitar sound, to one of the harder hip-hop-based beats on the album, while also offering pop ballad breaks. She even switches up her flow at times to a reggae chant style. These intra-song genre blends make for much richer musical experience, particularly on “Truth Is.”

“Last Days” is another one of my favorites on the album as it highlights her invariably sultry tone found on her prolific neo-soul classic “Closer.” It’s floating-ambient quality makes it a must have on any lovers playlist.

Strong as Glass hits the mark of being a genuine and comprehensive R&B experience in a field where most mainstream R&B divas are trying to make the best soundtrack for the “turn up” -- not that there isn’t room for that, too. Strong as Glass gives something that’s more honest to the human experience, and it’s that honesty that continues to play a huge part in the appeal of Goapele’s music.