Hiatus Kaiyote Delivers A Musical Baptism With ‘By Fire’ 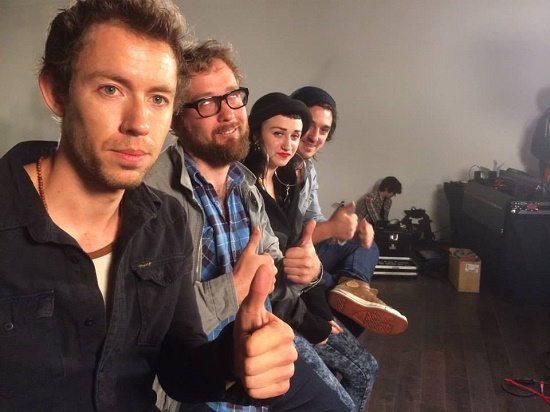 The arrival of Australian treasure Hiatus Kaiyote on American shores in 2012 was nothing short of a musical miracle. Their debut, Tawk Tomahawk, was a lush, thrilling and excitingly musical breath of fresh air for a genre that was growing increasingly stale. That's why our excitement was stoked when we discovered that not only would their follow up, Choose Your Weapon, would be coming in March of next year but the group would be releasing the three-song EP, By Fire, to tide us over until the album's release.

And now the EP's release has come, with the group offering an advance listen of By Fire. The EP delivers and expands upon the sound Tawk Tomahawk brought us. Title track "By Fire," a dedication to lead singer Nai Palm's late father who passed away in a house fire, is a trippy, tempo-shifting jam exploring the creation and destruction that fire can bring. "Laputa," on the other hand, is a slightly calmer number layered in soft waves of synths as Nai Palm contributes a vocal that ebbs and flows like a tide against the shore. Third and final track "Molasses" is the most straightforward of the set, with the group's eclectic blend of jazz and R&B getting a nod with rich, layered harmonies, magical Rhodes and funky guitar and drums melting into something that just feels right.

Prepare to fall in love with Hiatus Kaiyote all over again when you stream their By Fire EP right here. [H/T: OKP]


TAGS:  audio, Hiatus Kaiyote, Nai Palm
Previous: Willow Smith Takes A Walk In The ‘Woods’ Next: Faith Evans Wants You To Know Her Heart Is ‘Fragile’