Karina Pasian Sends A Powerful Message About Depression With ‘Solitaire’ 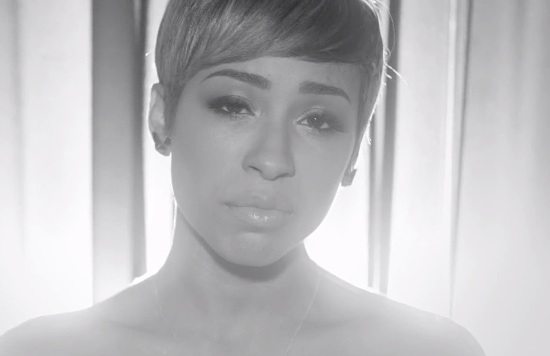 Depression has many faces. From celebrities to our loved ones and even the person who stares back at us in mirror, someone we either know or don't know indirectly suffers from some form of depression. Often depression goes undetected and is somewhat belittled whenever we do discuss it as we often tell people who are suffering from it to either "get over it," "take up [insert a sports activity/hobby/pastime here]" or just simply urge them to "smile more." But curing depression doesn't work so instant and specific like that. One of the things that is difficult to understand about depression is that everyone is on a different frequency as some individuals are suffering more severe than others. Still no matter the levels, depression is still a delicate but realistic situation all around.

Piano playing protege Karina Pasian knows the delicacy of the situation as she faces the tough truths behind depression on her latest single, "Solitaire."  Pasian penned the piece as a tribute to former Def Jam executive Shakir Stewart, who signed Pasian in 2008 and then succumbed to suicide after long bouts of depression the same year. So with "Solitaire" Pasian comes from a place of first-hand knowledge and sensitivity.

Actor Tyler James Williams (of Everybody Hates Chris and Dear White People fame) takes center stage in the blistering visual for "Solitaire" as he plays a young man who is grappling with his reality, and we are taken through his bleak grey scale day as he battles inwardly with himself, leading us to the harrowing end where the visual fades out on a silent and chilling note. Pasian appears throughout, extending a loving hand, though she too battles with raw confessions of how she failed to see the troubles that plagued the person she once knew.

Though I warn you'll need the tissues for this one, don't let such a tough topic steer you away from hearing and viewing this heartbreaking yet well-done piece. And not to get all after-school special with you guys, but if you or anybody you know is suffering from depression and is contemplating suicide, please contact the National Suicide Prevention Lifeline via phone (1-800-273-TALK) or chat online to get help and comfort.

Morning Soul: Every Young Boy Out Here Want A Kiss

Morning Soul: I’m Completely Covered Up In Your Love