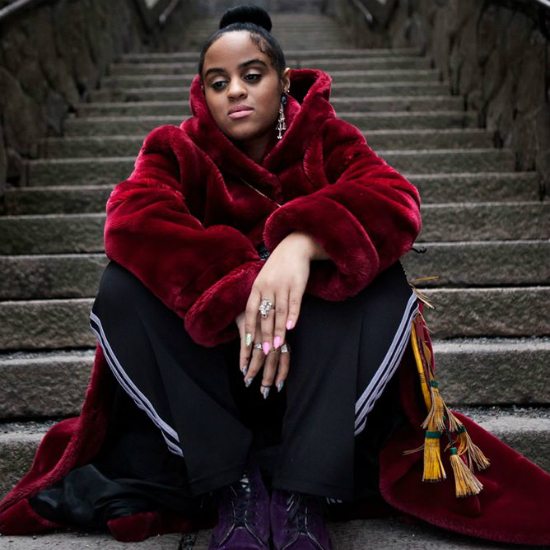 I’ve become a bit obsessed with Seinabo Sey over the past few weeks. So when I hear/see things that feature her music, I get a bit possessive. Take for example the recent NBC promos for State of Affairs ( which use “Hard Time”).  I love me some Alfre Woodard, but I don’t trust that Katherine Heigl worth a damn, so don’t be using my Seinabo to make her look good!  But I digress….

I tend to feel the same way about remixes, as with her latest single, “Pistols at Dawn.”  I mean, do people not understand that the song is perfect "as is"? Still, I think Culture Shock did a great job with his sonic remix, as did Alex Brandt with his deep house version. The latest rework of the song comes courtesy of London-based DJ KDA, who transforms the haunting piece into an electronica dance tune. The pulsating bass and repetitive loop further cement its club-worthy status.

While I'm not crazy about this particular remix, it appears Ms. Sey approves (it is on her Vevo channel, after all), so that speaks volumes. Check out the song below and decide if KDA’s remix can keep you dancing 'til dawn. If you’re feelin’ it, keep up with his latest offerings by following him on SoundCloud.


TAGS:  Alex Brandt, audio, Culture Shock, KDA, Seinabo Sey
Previous: Szjerdene’s ‘Stripped’ Version Of ‘Transits’ Will Move You Next: Anthony Hamilton Shows How Gifted He Is On ‘Home For The Holidays’