Kendrick Lamar Gets Down In ‘i’ 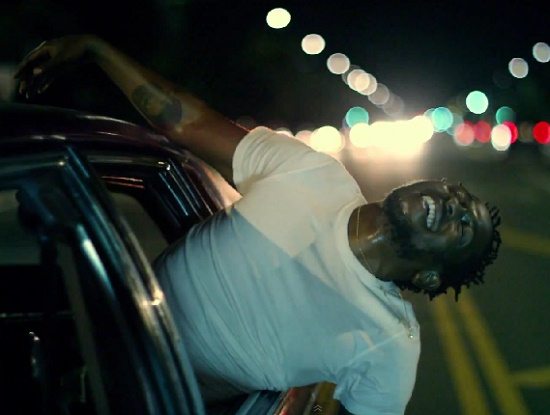 Surprisingly, Kendrick Lamar's "i," the first single from his highly anticipated follow up to good kid, m.A.A.d city, was met with mixed reviews. While there were those who were expecting something a bit more grimy, there were others who were very happy with the funky, self-esteem boosting anthem and it's message of self-love. But honestly, I don't get how anyone could deny this feel good joint, especially with its feel good sample of "Who's That Lady" and Kendrick spitting knowledge so effortlessly.

And then there's the track's video. Picking up on the vibes of the song, it features a white T-shirt clad Kendrick, hair freshly twisted up, cutting up a few rugs with some good time folks. First starting off with a brief scuffle, the tension is cut with an elder preaching peace before Kendrick starts spitting and dancing with folks (who seemed to step out of the '60s and '70s in terms of dress) as they march and dance through the streets before finally ending up at a rooftop party. But then Kendrick hitches a ride with Mr. Biggs himself, Ron Isley, and goes cruising through the night.

It's an effective clip that really captures the feel and mood of the song and has us looking forward to what Kendrick will do next.