Carmen Rodgers Is Anything But ‘Heartless’ On Her New Single 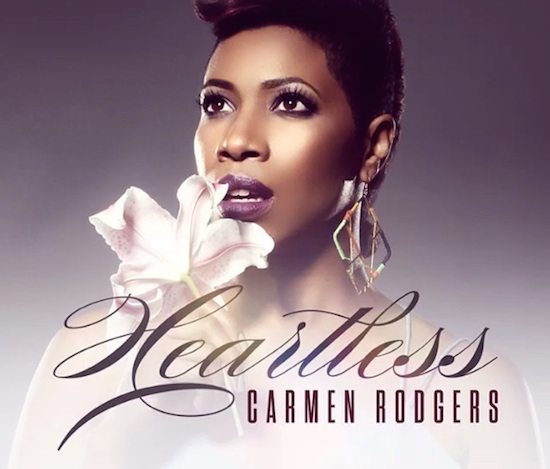 As promised last month, singer Carmen Rodgers is back with the official first single from her upcoming album, "Heartless." The mid-tempo song is produced by Deonis "Pumah Beats" Cook and finds Rodgers apologizing for getting tired of waiting for a lover to make up his mind. The song will surely be easy for many to relate to as we've all had to suck up our pride to show somebody the door a time (or two...or three...or four). Though the song has been floating around the internet for a couple of years, Rodgers officially announced its release earlier this week.

"Heartless" is taken from Rodgers' third album, Stargazer, which is due out February 17, 2015 after several delays. The singer has been teasing about what to expect on the new project, including a duet with SB fave Anthony David. Hopefully we'll get to hear that song soon, but in the meantime, head on over to iTunes and support her project.