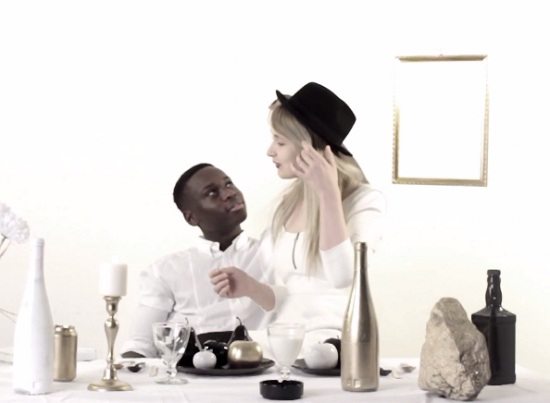 When we caught up with Elle Varner after her recent concert in Washington, DC, the singer showed her excitement about the recent contest in which Elle partnered with Genero.TV for fans to create videos for her single "Cold Case." After a number of creative, eye-popping clips were submitted from fans around the globe, the official video has been selected from the crop...and it's the clip from Hungary's Monolith Mayo.

After one look at the now official clip for the song, it's easy to see why the duo's take won. It focuses on a pair of lovers who at first seem smitten with each other. But, like in the song, when suspicions arise, what was once sweet turns very sour. Eventually, the couple begins warring and the pristine serenity of their love is shattered irrevocably. When the clip ends, all the shiny things on that they shared lay on the floor in a pile of ruins. All in all, it definitely matches the intensity of the song's lyrics with it's stylish imagery and convincing performances from both the leads, which shows that the duo definitely has a future — and the contest's $7,000 price to help jump-start it.

As for Elle, the only word we have on the release date of 4 Letter Word is "upcoming." However, we have a feeling that when the album drop's sometime next year, we'll be seeing a completely different side of the Elle we once new. In the meantime, check out the creative visual for "Cold Case" below.