Mary J. Blige Takes Listeners On A Voyage With ‘The London Sessions’ 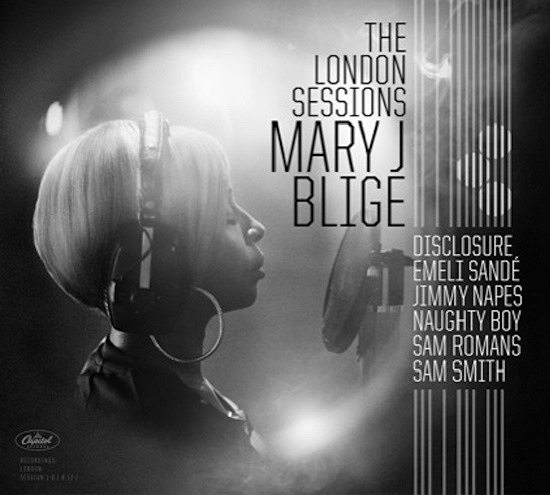 When you’ve been duly crowned queen of the realm by all, there are honestly a limited number of options available to you. Do you sit on your throne in splendid isolation, gorging on the spoils of your kingdom or do you spread your regal wings and seek new territories to take over? Such is the quandary facing Mary J. Blige, that most earnest and heartfelt of modern soul singers. Forays into Christmas albums and soundtracks proved to be little more than a distraction and failed to deliver the level of success befitting her voice, so it is that she finds herself packing a suitcase and hitting the UK in search of fresh seas to sail and new lands to conquer. This venture in the UK gives her a chance to try something different away from the usual roster of talented, yet predictable, writers and producers. After all she’s worked with all of them before, so why not push the boat out and take a chance? By immersing herself in the UK to record The London Sessions, she embraces the burgeoning UK soul/dance scene and works with the leading lights thereof. Emeli Sandé, Naughty Boy, Disclosure and, current beau of blue-eyed soul, Sam Smith, all get a chance to rub shoulders with Mary J. on her London odyssey.

The London Sessions begins with “Therapy” (co-written with Sam Smith) and it is a joy to behold MJB’s unfettered voice ringing out like a clarion call. No bells, no whistles, just her ripe, husky voice front and center. This tale of self-love and blooming self confidence, with its short stabs of organ and backbeat combining to great effect against the background field song harmonies is a cracking opener and thrusts her voice to the forefront. “Doubt” is a typically standard issue, unrepentant Mary J. song about making it to the top and paying the cost, but its relatively restrained production finds favor with its refusal to sacrifice the voice to overblown production values. Two ballads of solid, if unspectacular, quality follow next: the piano led, Sam Smith co-penned “Not Loving You” and the twinkling acoustic guitar and strings of “When You’re Gone.” Both know enough to play to the vocal strength of MJB.

The Disclosure collaboration “Right Now” raises the tempo and, therefore, times its entry to perfection. Lyrically it’s more of the same woman wronged, defiant resistance, but the signature crisp Disclosure sound make it a welcome sojourn into mid-tempo banger territory. Rodney Jerkins vacates his Executive Producer chair to take full control of “My Loving” and turns out a late '90s house track that Ultra Nate would be proud of, and while lyrically it’s a tad moribund, the beats carry it to the safety of the dance floor. This broadly promising opening is completed by “Long Hard Look” with its beseeching plea that the grass is never greener on the other side accompanied by twinkling keyboards.

The second half is where this album really bares its teeth and cuts loose. “Whole Damn Year” co-written by Emeli Sandé and Naughty Boy is a jazzy, piano-led, melancholy ball of frustration, finding MJB lamenting about years of abuse and mistrust. In short, at her soul-bearing, heart-rending best. The lyric, "I can feel you getting impatient, but I really can’t let you inside," tells you all you need to know, let alone "It’ll take a whole damn year to repair my body." Switching sonic gears again, “Nobody But You” provides a 2-step throb and warm, laid-back keys sit beautifully alongside her tone and, as ever, she commits totally to the lyric and imbues it with her stoic earnestness. MJ Cole can turn these gems out in his sleep, but here his shuffling garage beat finds its perfect match in Mary’s voice.

Rolling into view like the first day of spring sunshine after a long, dark, cold winter is “Pick Me Up” (another Sandé/Naughty joint). The jaunty clarinet lightens things up immediately and it’s somewhat of a relief to find Ms. Blige ready to "fly me straight to the islands." She sounds exuberant, unbridled and carefree and even manages to squeeze a euphoric “shamone” into the chorus. Those Lawrence boys of Disclosure drop their calling card once more on "Follow" with a bass wobbling, stridently muscular slab of their usual dance floor medicine, complimented impeccably by that "tough as hell, do not mess with me" Mary J. attitude of yore. Album closer “Worth My Time” is a somber piano and vocal finale that does exactly what the rest of the album does -- it puts Mary J. Blige and her glorious voice in center stage lights and dares you turn away. Her voice is mature, strong and as utterly believable as ever and don’t you forget it.

Mary J. Blige and, by extension, this album are Shonda Rhimes characters writ large. Whether it’s Miranda Bailey’s humanity, Olivia Pope’s fierce intelligence or Annalise Keating’s brilliantly minded, but brittle self, she and this album share that same DNA. At times hard, vulnerable, wise and bereft of answers, she is a proper human being with all its limitations. While not everything works here (a greater lyrical variety wouldn’t go astray for example, not to mention the sycophantic segues at various points), pain, heartache and defiance are her name and you hear it all and more on The London Sessions.