Nas Finds Inspiration With Hennessy In ‘The Ride’ 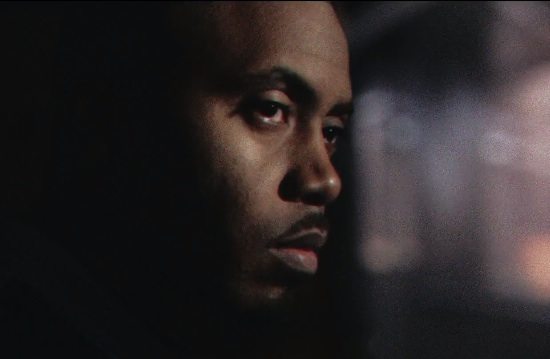 Hennessy V.S  has teamed up with iconic MC Nas, who has been a longtime ambassador for the liquor brand, for "The Ride." In the commercial, which is narrated by the Illmatic One, we see Nas traveling on a subway ride from Queensbridge to Madison Square Garden in New York City. The train travels through time as he chases his "wild rabbit," taking in the people and places, from breakers to punks to bankers and everything in between, that have come to define his lyrics.

An accompanying behind-the-scenes clip shows the thought and care that Nas and the crew put into making the ad feel authentic and how they captured each era the rapper stepped into from car to car, not only showcasing how each time influenced the rapper, but also Nas' skill as an observer of the culture surrounding that city in which he was born.

The commercial comes as Nas continues on his Illmatic Tour, which will see him take the celebration of the iconic album into the new year and around the world,  including a stop in Australia. Have a look at the haunting yet real video and see what truths you uncover through Nas' experiences and lyrical content and then stick around to watch want went into creating the ad.


TAGS:  Hennessy, nas
Previous: Chris Turner’s ‘Americano’ Is A Stark Look At Reality Next: Spur Of The Moment & Levi Stephens Are ‘In Too Deep’