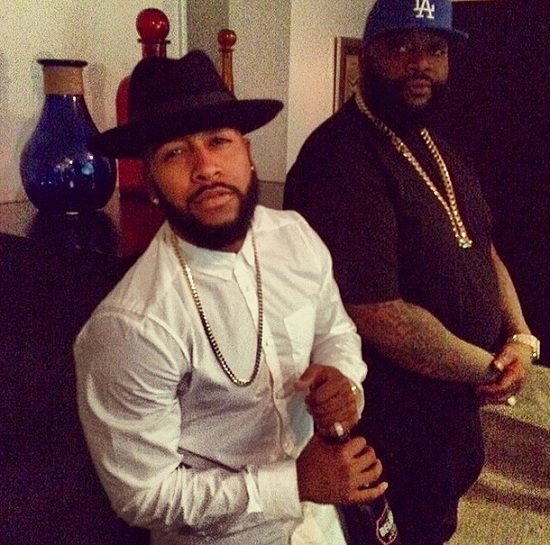 While SoulBounce HQ wasn't impressed by "Post To Be," the Omarion collaboration with Jhené Aiko and Chris Brown that appeared last month, his latest release, "Bo$$," might be worth taking for a spin. The Rick Ross-assisted number dropped just in time for the digital release of Omarion's latest album, Sex Playlist (yes, he really called it that). Judging by that album name, you'd be safe to expect some jams that get you hot under the collar, and "Bo$$" lives up to the album's name in a roundabout kind of way.

While it might not be a light the candles and close the bedroom door type of situation, there's something hypnotic about the track's superficial serenade. Over a repetitive upbeat rhythm, Omarion sings to his lady about the perks of being with the boss. After a chopped-and-screwed break, Omarion's real life boss, Maybach Music Group founder Ross, jumps in to remind that "now you f**king with a real one." Sure, it's a little rough around the edges, but if that type of talk gets you going, then head over to iTunes to take a peek at the rest of Omarion's Sex Playlist.