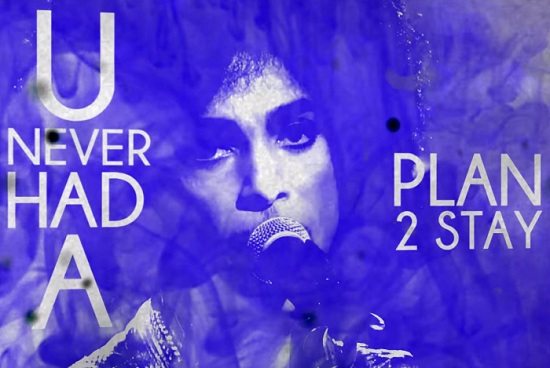 Before D'Angelo came and upended everyone's year-end lists, Prince and his double album release was one of the biggest stories of the year. The Purple One also made headlines once again this year when he took the Saturday Night Live stage for an unprecedented music superset that included single "Clouds" with Lianne La Havas. But the song that closed out the set was his and 3RDEYEGIRL's cover of Alice Smith's "ANOTHERLOVE."

While Alice's version was a piano-driven kiss off, in the hands of Prince and 3EG, "ANOTHERLOVE" is a funky, electric guitar laden jam. For the song's lyric video, the band's performance of the song is covered in a smoky purple haze as the lyrics, translated into Prince speak of course, waft in and out of the frame.

While it's not the full-on video we would've liked for the PLECTRUMELECTRUM track, it's definitely a welcome Christmas gift from his Purpleness to us. Check out the lyric video below.