SoulBounce Exclusive: Meleka Takes Us Back With ‘The Funkin 90’s’ 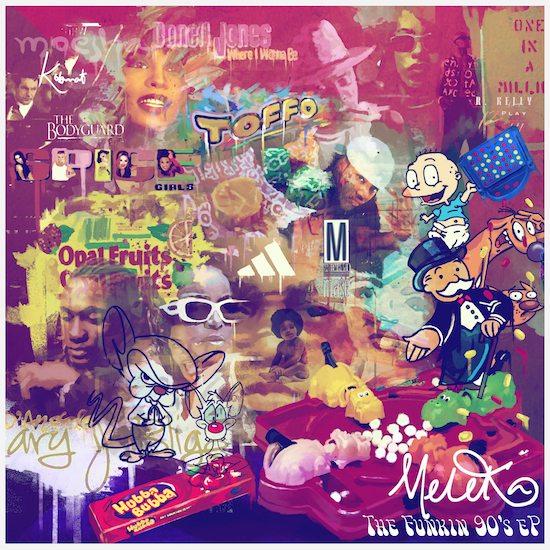 As connoisseurs of '90s R&B, we're not easily impressed when it comes to new school artists who dare to touch these now classics. Many have tried, but few have legitimately succeeded in capturing the magic of the music from the era. Of that number, someone who has surpassed her peers with her fresh takes on some of our favorite songs from the '90s is British singer Meleka. After teasing us for the past three months with the release of one banging cover after the next to stoke the fires of anticipation, Meleka finally delivers the heat with her EP, The Funkin 90's, which SoulBounce is very excited to world premiere today.

The Funkin 90's EP is a collection that finds Meleka digging in the crates to dust off six oldies to remake and totally remodeling them in the process. The essence of the source material is still there, but the Londoner and her producers flip the script with new arrangements and different instrumentation to bring these '90s songs into the here and now. The tracks are transformed, but it's Meleka's voice that will have you transfixed. She does some serious singing and brings her authentic self to these covers.

Songs included here and revamped by Meleka are 702's "You Don’t Know," Soul For Real's "Candy Rain," Aaliyah's "Are You That Somebody," Tevin Campbell's "Can We Talk," Donell Jones' "Where I Wanna Be" and Monsta Boy's "I'm Sorry." We've been open since her "Candy Rain" remake introduced us to this project, and the remaining tracks are equally as flavorful and fresh.

Not only has Meleka impressed us with The Funkin 90's, but she's upped the ante for how a '90s remake should be done and done well. We're looking forward to big things to come from this young singer-songwriter as she preps new, original material for release in 2015. Until that time, we'll continue to enjoy the The Funkin 90's EP and you should, too, with a free download from Meleka on her SoundCloud page.