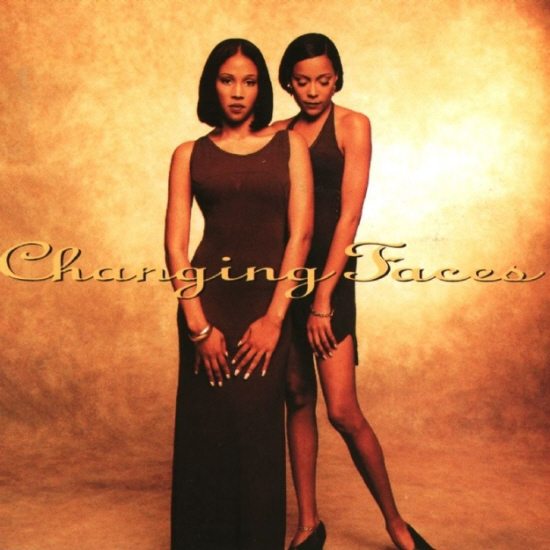 The options were aplenty when it came to the lady collectives and duos of the 1990s. Depending on your mood there was always a group that fit the criteria of your musical palate. If you wanted old school divaness with a harmonizing twist, then you latched onto En Vogue. If you into some soulful street wise sweetness, then SWV were your girls. If fighting the womanist fight was your thing, then TLC were speaking to you loud and clear. But if you were scoping for the soundtrack to all your breakups to makeups -- and wanted them as rich and aromatic as poured wine -- then you probably had Changing Faces spinning in your Discman.

Like all other groups, Changing Faces was birthed from humble beginnings. Hailing from New York, members Cassandra Lucas and Charisse Rose first met when they both attended New York's Music & Art High School. After they graduated, Rose studied criminal justice at John Jay College, while Lucas focused on a sociology major at Hunter College. In between studying for their degrees, the two kept their musical aspirations alight as they both did session work and even a few commercial jingles. As if by fate, the two met up again when they both became supporting vocalists for R&B/house singer Sybil. While working by day in a dermatologist's office, by night Lucas and Rose went into the studio with producer Dinky Bingham to record demos, but the demos they recorded didn't aid in them getting signed, but rather they were caught singing on the street by Big Beat Records rep Kenny Smoove who was able to get the ladies signed to Atlantic Records. They came up with the name Changing Faces to coincide with the new change of dress that R&B and soul were undergoing during the mid-1990s. The genre was clearly moving away from sharp and snappy New Jack Swing beats of the late 1980s and early 1990s and was going for a softer, more intimate groove that played up romantic and sexual urges. In a year's time the duo released their eponymous debut, evoking these same sound concepts.

The good vibes kept on when they were latched with R. Kelly, who had already bumped and grind his way to prominence with his solo efforts, remixes and work with his young protege, Aaliyah. Knowing Kels repertoire for sexually charged jams,  it was no surprise that he penned for Changing Faces a romantic thrill like "Stroke You Up," nothing short of steamy as it opened the album up, setting the tone with a talking interlude that felt like a tryst straight out of a Zane novel. The come-on worked like a charm as the song hit No. 3 and No. 2 on the Hot 100 and R&B charts, respectively. To keep the success going, Changing Faces released as their second single another R. Kelly-penned number. The dejected lament "Foolin' Around" was the opposite of "Stroke You Up" but still harmoniously catchy as it eased its way to No. 9 on the R&B charts but failed to bring the smolder to the pop charts as it stalled at No. 38.

While the Kelly penned cuts were the standouts, other heartbreaks and between the sheets confessionals were harbored on Changing Faces. In a battle over who could be naughtier in the bedroom, Jodeci's DeVante Swing also brought the risque on the plucky rendezvous of the album's final single, "Keep It Right There" and he eased into the slow wine with a vocoder, giving the ladies a little taste of how Jodeci conducted their R&B slow jam business. Lucas and Rose also took a hold of the pen for a bulk of the numbers present, notably on New Jack Swing mid-tempos like "Lovin' Ya Boy," "One of Those Things" and the brisk stepper "Baby Your Love."

Changing Faces -- while possessing good, strong voices -- weren't as big on expression as their peers, as they evoked a steadied, laid-back richness. Still, if you thought the ladies of Faces were just all about sensual ploys, they proved at times they could stand toe-to-toe with other big-voiced groups like En Vogue and Jade, showing vocal bravado on the conflicting "Am I Wasting My Time" and "Thoughts of You." They even pulled a middling and overly sentimental Kelly-penned ballad, "All Is Not Gone," out of dreariness by putting a little gospel smattering on it.

The success of "Stroke You Up" and "Foolin' Around" carried Changing Faces well into the '90s, as in 1997 they released their second album, All Day, All Night, scoring their biggest hit, the No. 1 R&B cut "G.H.E.T.T.O.U.T."  A pairing with a pre-Mr. Knowles Jay-Z on single "All of My Days" was issued, but it failed to catch on. Changing Faces released one more album together, 2003's Visit Me, but with the new Millennium on the calendar, and an now even more expansive field of flashier, more MTV-styled lady groups, Lucas and Rose got somewhat lost in the sauciness. In 2013, though, they briefly got back together to announce a return, but have since gone their separate ways with Lucas and Rose both scoping out solo endeavors.

While Changing Faces may be no more, the sound the duo curated has found new voices to covet. As Buzzfeed lists, Lifetime movie biopics and styles of dress have us understanding that the 1990s are back in effect, it's the music scene that makes those assertions fully relevant. The '90s kids and teens who grew up hearing "Stroke You Up" are the same ones dabbling in alt-R&B and reviving the sound for a new generation of admirers. Influenced acts like Miguel, Teedra Moses and Ciara should send thank you notes and edible fruit baskets to these ladies for being the some of the early harbingers of the leisured soul sound.

While I find myself in the middle -- loving the new kids and respecting the elders --- I still say that nothing makes me get in the mood and get in touch with my naughty side than hearing Changing Faces egg on the sexual healing, especially with a song like "Stroke You Up" which to this day makes me blush a bit. While there are those who continue to attempt to change the faces of the 1990s sound, you can't change Changing Faces and the hearts that were mended, the romances that blossomed and the babies that were probably made when their debut came to light 20 years ago. Some moments are just too timeless for them to be replicated. 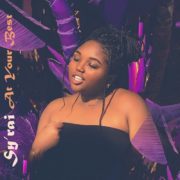