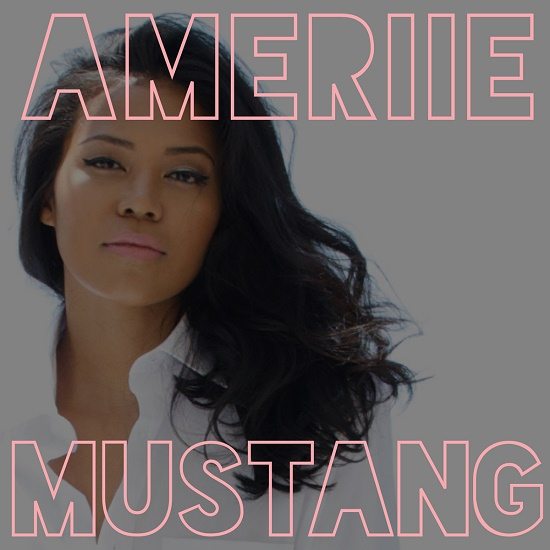 Over the summer, singer Ameriie returned to the scene after a lengthy hiatus with the go-go inspired "What I Want," reminding us of the reason we fell in love with the brassy-voiced singer in the first place. And then she promptly disappeared again. But not to worry, folks, the singer didn't leave us high and dry.

She just released her new single "Mustang" and it's an '80s sounding romp about a wild child who just can't be tamed. And while the song tells of a wild beauty, it's a mostly laid-back, synth-driven melody, somewhat of a departure from what we expect from an Ameriie track — hard-hitting drums, loud, brassy horns and a go-go swing. The song succeeds without those hallmarks for the most part, though at times her vocal delivery is a little too much for something so subdued.

There's no word on what project will house "Mustang," though the singer is reportedly working on two new projects set to debut in the new year. The first is BILI, a follow-up of sorts to her album Because I Love It, and the second is her long gestating album Cymatika Vol. 1. In addition, she's also considering releasing a free EP for fans and will be embarking on a four-city UK tour in March. Sounds like 2015 is gonna be big for the "Why Can't We Fall In Love" singer. While we wait to see what all she has in store, take her "Mustang" for a spin below.


TAGS:  amerie, ameriie, audio
Previous: Morning Soul: I Want A Baby Girl Like You Next: T-Boz Launches Search For The Next Girl Group With ‘Project Next’