The Rebirth Work It Out With ‘Fat Santa’ 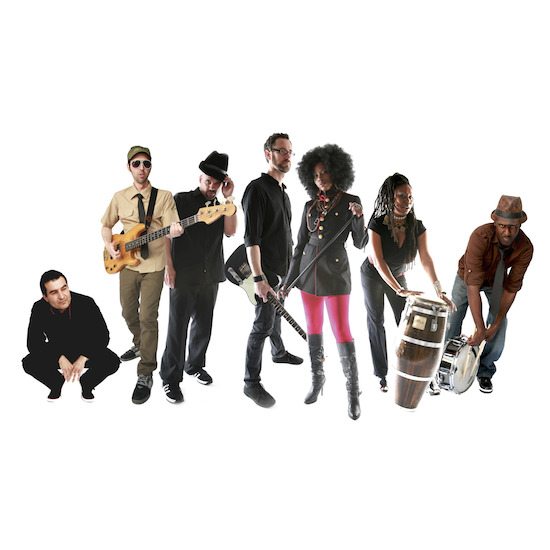 The month of December is underway, and the holidays are officially here. With Christmas fast approaching, it's high time to get into the spirit, and the quickest way to do that is with some new yuletide tunes. In the event that your Xmas playlist need a little something to funk it up, then The Rebirth has just the thing with their new song "Fat Santa."

The Los Angeles-based collective has a few words for jolly old St. Nick, who they think is a little too round for his own good. Yes, curves may be trending nowadays, but it's time for Santa to slim it on down before he can't make it down the chimney anymore. Lead singer Baskerville Jones is looking out for Santa's health and well-being, and instead of having a plate of sugar cookies waiting for him, she has a refrigerator stocked with kale salad and quinoa and wants to take him to gym. While Jones is watching Santa's weight, her bandmates are in the pocket with a groove filled with funkdafied guitar, thumping bass licks, steady ready organ and even sleigh bells ringing.

"Fat Santa" is an unconventional Christmas song, but it's a hilarious addition to all of the color-by-numbers holiday music out there and may make you think twice about indulging too much this month.


TAGS:  audio, Baskerville Jones, christmas, the rebirth
Previous: You’ll ‘Wanna Know’ What Andy Allo Does To This Arctic Monkeys’ Cover Next: Sam Smith Performs ‘I’m Not The Only One’ On ‘The Ellen DeGeneres Show’