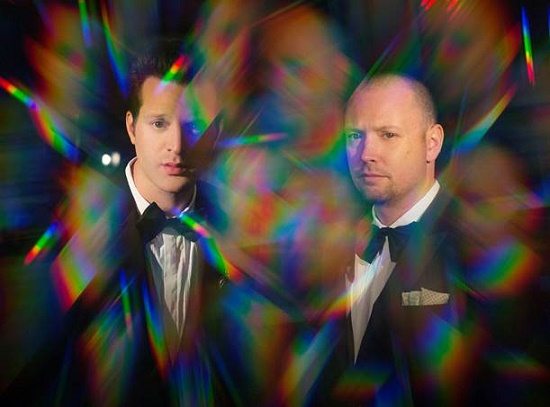 It was perhaps one of the worst kept secrets in the business, but it has finally been officially revealed that Tuxedo indeed consists of blue-eyed soul crooner Mayer Hawthorne and producer Jake One. But their reveal didn't just come with the anti-climactic announcement of their identities, it also came with news of the duo's self-titled debut album and its release date.

The twosome first caught our ears with the release of a three-song EP, which included the songs "Do It," "So Good" and "Get U Home." Each track piqued our interest with their modern takes on classic '80s funk. Then, well over a year later, they released the dance-tastic video for "Do It" and got us even deeper into the groove. They're now ready to bring us a full-course of throwback funk with Tuxedo. The album was mixed by disco pioneer John Morales and promises to bring us back to the days when single-named groups like Chic, Shalamar and Zapp ruled the airwaves. Lofty names to aspire to, but if the previously released tracks are any indication, Mayer and Jake might just be able to stake their claim in that good company.

Of course, the proof will be heard when the album is released next year on March 3rd. Until then, you can pre-order the 12-song set on iTunes and, as a bonus, score a download of "Do It" in the process. Peep the tracklist below and be sure to get your boogie shoes ready to get down. 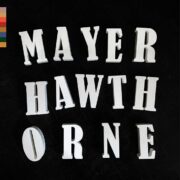