SoulBounce Exclusive: When Anthony Hamilton Sings This Impromptu Song, He Sounds Like ‘Butta’ 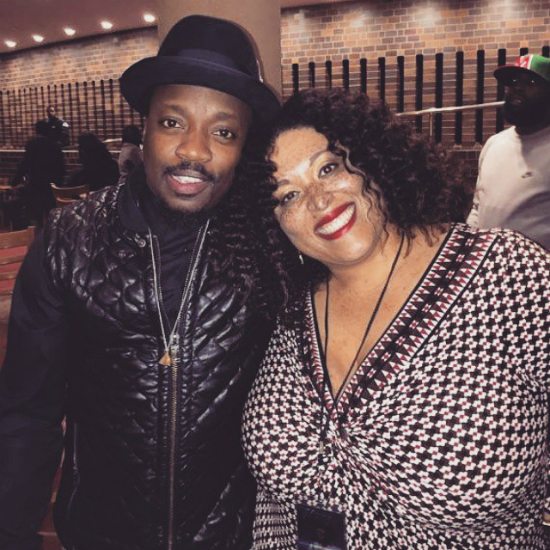 Christmas came early for me this past weekend when Anthony Hamilton gave me a gift that I'll never forget. While in Baltimore to see his Home For The Holidays Tour, which was my third HFTH show in nine days after seeing him in Myrtle Beach and Washington, DC previously -- don't judge me, the show was THAT nice I had to see it thrice -- I caught up with Anthony after his fan meet and greet.

Whenever AHam and I see each other there's always lots of hugs, jokes and laughs had and a photograph taken to document the cute shenanigans. After we took the photo above, however, things went a step further and thank goodness an iPhone camera was rolling. Because when Anthony Hamilton starts singing a song about you to you, you better get that bad boy on tape.

Anthony serenaded me, and my face turned into a succession of live action emoticons (ending with the one that has hearts for eyes), I got weak in the knees and my liver quivered at the same damn time. I couldn't even form a coherent sentence, instead only squealing "Owww!" This was much too much to fathom as it was happening. I'm still in disbelief, but I need only press play on the video to hear Anthony Hamilton singing "It's Butta Baby," to know that this really did happen and relive this magical musical moment.

This video of @anthonyhamiltonofficial from #SoulBounce.com's EIC @buttasoul was too good not to share. #Repost: And then this happened... Not only did @anthonyhamiltonofficial sing to me but he sang about me. Lord have all the mercy. This is my new theme song. I may need him to sing this at my wedding. I might even have to walk down the aisle to this. LOL #BaeHam #gasp #swoon #faint #itsbuttababy #aboutlastnight #AnthonyHamilton #HomeForTheHolidays #HFTHTour