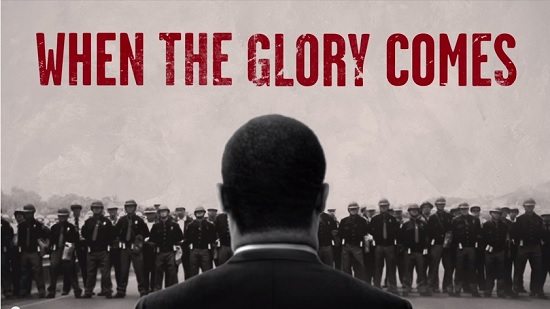 For months, we've been patiently waiting to see the critically acclaimed film, Selma, directed by the great Ava DuVernay. While the story of the Selma to Montgomery March has been told on film in many different ways, watching a film about this particular march to freedom and civil rights 50 years ago at this specific moment in time is critically important and timely to see. The soundtrack to the film will likely be just as important to hear as it features powerful music and messages that evoke the cry for freedom and equality. "Glory," the film's leading single performed by John Legend and Common, captures the spirit of Dr. Martin Luther King, Jr. and the greater Civil Rights Movement and connects to the spirit of today's current fight for justice.

Paramount Pictures has released a lyric video for "Glory," as they prepare for the national theatrical debut. It is great to see the powerful and inspirational words that John and Common sing and speak. Along with the lyrics, we get to see beautiful still photos from the film, which just makes us want to run, not walk, to see Selma. If you are also excited to see the film, check out the lyric video below to tide you over. Selma will be released in select theaters on Christmas Day and nationwide on January 9th.