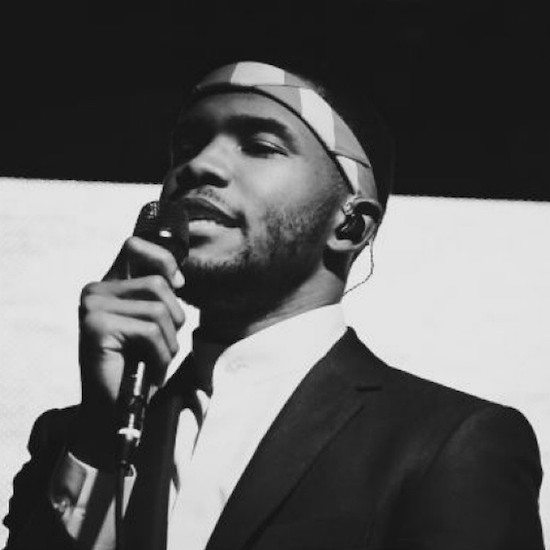 It’s been a while since we last heard from Frank Ocean, but the alt-R&B singer gifted fans on Black Friday with a new track titled "Memrise."

Clocking in at less than two minutes, the song starts out with an atmospheric vibe, one that’s made more chilling by the background acoustics that sound as though they were recorded in a haunted house. Here, Frank’s voice also fades in and out of the lo-fi melody that’s accented by approaching footsteps and creaking wood. But it’s not long before the tune changes and the choppy poetry from the “Eyes Like Sky” singer praises the anatomy of his beloved (“I memorized your body exposed / I could f--k you all night long / From a memory alone”).

We see what you’re doing there, Frank, since those lyrics go on to give the title a bit of a double meaning. But the jagged lyrics against the soft rhythm fade as Frank’s voice goes all falsetto and then smooth to ride out the remaining mellow moments of the track. (And for fun, this lyric: "I never forget a face / Don't go plastic on me.")

“Memrise” transitions from jarring jawn to soothing slow-burner in obvious yet subtle ways, spiking intrigue and demand for new music, though it’s not known if "Memrise" is a preview of things to come or simply a gift to start out the holiday season.


TAGS:  audio, Frank Ocean"
Previous: Kool & The Gang Gets An All-Star Tribute At Soul Train Awards 2014 Next: Brayton Bowman Takes Us To The ‘Here’ & ‘Now’ On Latest EP