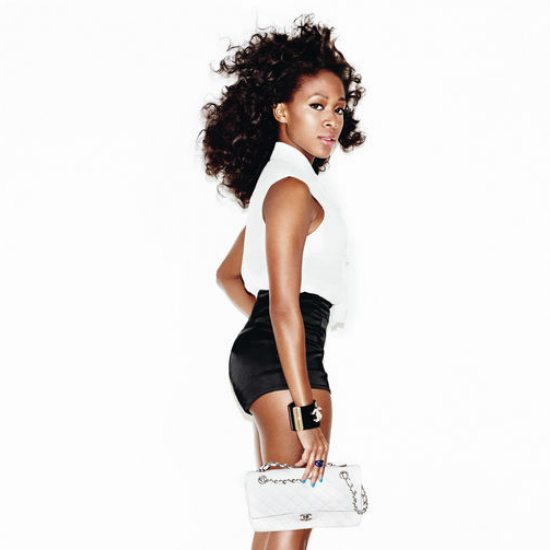 Actress Nicole Beharie is no stranger to showing her range in the acting world,  having starred as an embattled single mother in American Violet,  the wife of Jackie Robinson in 42 and a police officer contending against the supernatural in the TV series Sleepy Hollow. However, did you know she has some range when it comes to vocal ability as well?

Beharie gives us a glimpse into her singing talent in a personal recording uploaded to YouTube that's raw, personal and even she admits on Twitter is "rough as hell." Sparsely acoustic, almost a cappella in nature, Beharie delivers a rendition of  "Valerie," a song popularized by Amy Winehouse and Mark Ronson but originally performed by The Zutons.

With only a few minutes of footage, Beharie proves she's not only a capable interpreter of characters, but of song too, giving an undeniably soulful treatment to the track. While her execution does stumble at a few points during the clip, she delivers the lyrics with great authenticity and has an inherent sweetness in her vocals. Want to give her a listen? Check out the video below for an earful. And, word on these blogger streets is that she'll be showcasing her voice to a larger audience while doing a karaoke scene during tonight's episode of Sleepy Hollow on FOX.


TAGS:  amy winehouse, mark ronson, Nicole Beharie, The Zutons
Previous: Demetria McKinney Has Trust Issues On ‘Trade It All’ Next: Morning Soul: Go Head With That Nonsense, Address Me As Your Highness