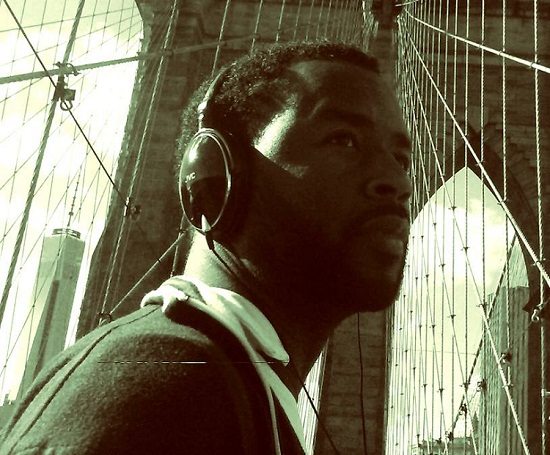 Ahmed Sirour has wowed us with his sonic creations, but come to find out our boy is a poet (and we didn't even know it). Poetry was the producer's first love, and he's found his way back to it for his latest LP, This Would Be A Love Song...If Only I Could Sing. According to Ahmed, this project evolved from an EP he was fashioning for Valentine's Day in 2013 and, as expected, it's all about love and its many facets.

Our first listen from the project is "L.D.D. (Long Distance Dilemma)." It's a sensual jam which finds Ahmed contemplating the frustration (both emotional and sexual) that a long distance relationship can cause. But with his breathy delivery of the poetic lyrics and the hypnotic rhythm he's created, it's clear that this one errs toward the sensual side of things. Ahmed bemoans the distance between him and his beloved, but his talk quickly turns to reminiscing about their last encounter and, well, things get a bit hot under the collar.

This Would Be A Love Song... is set for a February 3rd release, so it will be available just in time for you lovers out there to use as your Valentine's Day soundtrack. You can pre-order it now via Ahmed's Bandcamp page and score an advance download of "L.D.D." and additional track "Don't Be Shy" in the process. But first, take the sexy, sensuous "L.D.D." for a spin below.


TAGS:  ahmed sirour", audio
Previous: Lucian x Mickey Valen Get Our Attention With Their Remix Of Seinabo Sey’s ‘Pistols At Dawn’ Next: Demetria McKinney Has Trust Issues On ‘Trade It All’