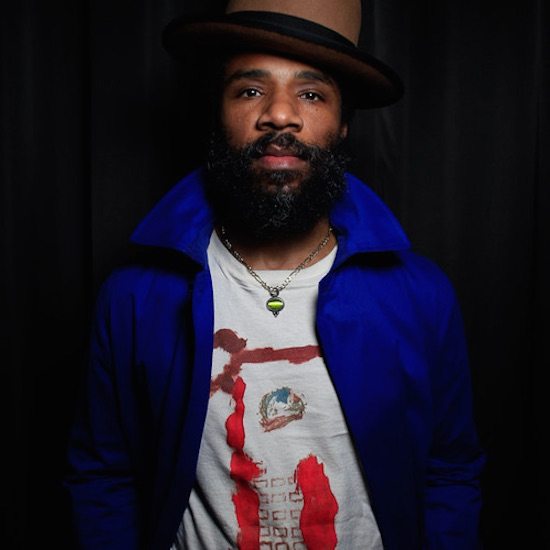 Cody ChesnuTT teamed with Gary Clark Jr. for the “Gunpowder on the Letter” music video back in November. Coinciding with Veterans Day, the clip for the sonically joyful and uplifting track paid a fitting tribute to troops with visuals to match, as the pair were seen jamming their way through the tune.

But Cody’s sound changes drastically and his message becomes more convoluted on his latest online release, “Experiment Number One.” The cut feels as much like a hip-hop head-nodder as it does a tribute to the strummings of guitar god Jimi Hendrix. The killer beat borders on the melancholic, matched only by the mood of ChesnuTT’s sometimes strained and yearning vocals repeating, “Breathe / Don’t choke nobody else.”

The apparent reference to the death of Eric Garner receives choppy, dystopia-like images underneath in the accompanying video clip. In it, a near-constant “Starring The Black Community” gets graphically imposed over a TV screen of what looks to be a color-changing building and Cody donning military headgear. Equally perplexing — besides a reference to “the fish and the froggie” — are the haunting lyrics, “Be anxious for nothing / Be abused by no one / Not even to pleasure should you be a slave / Conversation to the dawn / And it’s dusk now.”

The seemingly disparate elements may find listeners questioning if the track is a satire or a call to arms, but they’ll have to remember that the track is called “Experiment Number One” — so maybe it’s a little bit of both, neither or something else entirely. Either way, it’s good listening.